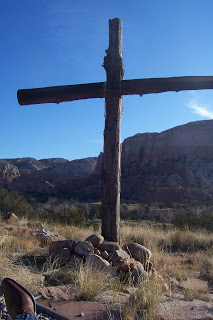 Have you ever noticed how we grade sin?
We put murder ahead of telling a lie or adultery ahead of making prideful comments. God, however, sees sin as sin. He doesn’t grade it.
The best way I know to explain it is with the visual of test tubes. Remember the wooden holders that would contain 5 or 6 test tubes lined up? Imagine they are all filled up with different levels of blue liquid. From our vantage point we would see them filled to varying degrees. We may equate the ones filled to the top as murder, rape, and so forth. The ones with a small amount of liquid in them we may equate to telling a lie, making an arrogant comment, putting yourself ahead of another. After all it makes rational sense to us, right? Well, God doesn’t look at sin from the side view as we do. He looks down from heaven and He sees test tubes with liquid in them and they all look the same to Him.

Romans 3:23 tells us “For all have sinned and fall short of the glory of God.” Sin is sin. 1 Corinthians 15:3 says Christ died for our sins. It doesn’t say He died for specific sins, but for all sin, even what we would call the little ones.

While in New Mexico, I had the opportunity to spend some time alone with the Lord up on a mountain where a cross stood with beautiful mountains as the background. I sat there looking at the cross thinking about this whole idea of sin being simply sin and realized, it made sense to me for God to have to die on a cross for murder or rape, because those were awful, violent crimes that would carry a high penalty; then reality smacked me in the face. While I would never think of murdering someone, I’ve lied before. I’ve walked in pride before. I’ve put myself before others. These things…..these senseless things I’ve done required the death of my Savior for me to live in eternity with Him. I knew these things, yet on this particular day as I sat there looking at the cross, they hit me in the face like a glass of ice water.

I realized Christ held nothing back from me. He gave it all. 1 Peter 3:18 says “For Christ died for sins once for all, the righteous for the unrighteous, to bring you to God. He was put to death in the body, but made alive by the Spirit.” I sat there and wept and then came to the conclusion He didn’t want my tears. He wanted my life in return. I stood and picked up a rock and surrendered my ambitions and my plans for my life to Him and placed it at the base of the cross. I’ve been to many worship services where you would bring something to the altar symbolizing the foot of the cross, but doing it literally ignited something in me. I grabbed another rock to symbolize my family and placed it at the foot of the cross. I continued gathering rocks as I surrendered everything I could think of to the Lord. I was like a mad woman on a mission. I wanted nothing to stand between me and the Lord. Needless to say, there was a pile of rocks when I finished and I felt light…free…alive.

Today, is there anything you need to surrender to the Lord? Is there anything separating you from Him? Maybe you need to gather some rocks and place them at the foot of the cross. 1 Corinthians 1:18 says “For the message of the cross is foolishness to those who are perishing, but to us who are being saved it is the power of God.”

Foolishness is allowing anything to stand between you and Jesus. It’s time to gather some rocks.