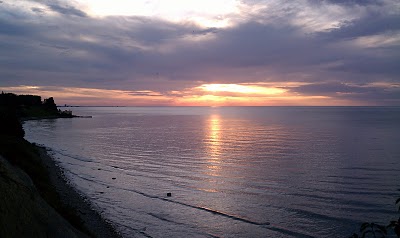 Do you have a favorite vacation spot? I love to vacation anywhere with ocean and sand. There is just something peaceful and soothing to me about the cadence of the waves. The smell of the ocean and the salt air remind me of the vastness of the waters and the power with which they rage, yet they know their limits and retreat. I always feel closer to God when I’m walking along the beach. Maybe it is because He spent so much time along the shore with His disciples.
One of my favorite stories of Jesus and the disciples by the shore takes place after His crucifixion. It can be found in John 21. The disciples aren’t really sure what to do now that Jesus is gone, so Peter tells them “I’m going to fish” which is what He did before he met Jesus [John 21:3]. The others joined him. Can you imagine the conversations in the boat? “What in the world are we going to do now?’ “I don’t know. I don’t know how to do anything except fish, so I guess I’ll fish.” They sat in those boats throughout the night, trying to catch some fish, but more importantly, trying to drown out their sorrows. How many times do we allow our circumstances to overwhelm us, particularly at night? It seems like they magnify in the dark.
“Early in the morning….” it happens. We see God move, early in the morning. Sorrow may last for the night, but joy (rejoicing) comes in the morning [Psalm 30:5]. Jesus comes on the scene and sends them a clue He’s with them. He asks if they’ve caught any fish and when they tell Him no, He suggests they cast their nets on the right side of the boat. If they were sharp, this should have been a de ja vue experiences for them [Luke 5:1-11].
John 21:7 is when John finally realizes it is Jesus standing on the beach and he tells the others. Peter doesn’t wait for the boat to row to shore. He dives in and swims furiously to get to Jesus. Once on shore, Jesus gives him his new job description [John 21:15-19].
Jesus didn’t leave Peter hanging and He won’t leave us hanging either. He knew Peter needed to process all that happened before He sent him out to the world. Just like many of us do, Peter went back to his old ways after his encounter with Jesus, because he didn’t know what to do. All he had to do is rest and wait on the Lord [Psalm 46:10]. Jesus came at the appointed time and directed him. He will do the same for us.
We need to follow the Master’s example. Jesus didn’t do anything until He first saw the Father doing it [John 5:19]. If we don’t know what to do, look to Jesus. He will always guide us and direct us every step of the way. If you’re not sure about what He is directing you to do, then rest in Him and let the dust settle a bit. He always shows up. He may not be early, but He’s never late. He is always right on time.