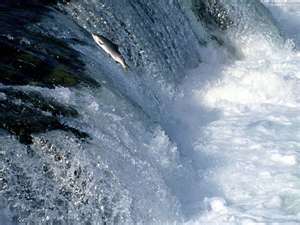 Are you a rule follower? For the most part, I would say I am a rule follower; however, I’ve been known to break a few rules when they made no sense and exist for no apparent reason. After reading Luke 14:1-6 I believe Jesus was the same way.
He was walking to a man’s house to eat and saw someone who was suffering from dropsy, which is an abnormal accumulation of fluid in bodily tissue and cavities. Can you imagine how miserable the man must have appeared to Jesus? The heart of God went out to this man and Jesus desired to bring him relief. Jesus knew what the Pharisees thought about healing on the Sabbath; however, it made no sense. God is not a legalist and He isn’t into religion. He is into healing.
Tom Tanner defines legalism as “emphasizing things God doesn’t emphasize” and religion as “taking offense at things that don’t offend God.” The Pharisees’ rules were legalistic and their response to Jesus healing the man on the Sabbath was religion. The heart of God is to “heal the sick, raise the dead, cleanse those who have leprosy, drive out demons” [Matthew 10:8]. From the Pharisees’ point of view Jesus is a rule breaker. From the suffering man’s point of view, Jesus is a healer and a lover of his soul.
So what does that mean for you and me? When faced with a situation, if we aren’t sure if we’re caught up in legalism or religion, we can go to the Word. If it lines up with the Word of God, you know you are on the right path. 2 Timothy 3:16 reminds us “All Scripture is God-breathed and is useful for teaching, rebuking, correcting and training in righteousness,” and it will serve as our guide when questions arise.
Being a follower of Christ isn’t a license to break every rule in the book, but it does require us to be willing to go against the flow from time to time.
If you look at the life of Christ, He was a law abiding citizen. He didn’t break the government’s law; however, He frustrated the Pharisees to no end because He would not stand for them taking the laws of the land and stretching them to suit their needs. Christ was first and foremost a people person and He would always put the needs of the people ahead of protocol.
Jesus is the living expression of the heart of God and we are called to be the same. Are you willing to swim upstream?