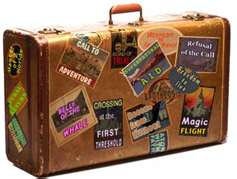 How do you feel when you find out someone lied to you? Does it make you angry? Does it make you leery to trust that person again? The thing is, someone who is good at lying takes the truth and adjusts it slightly in order to make it sound true even though it’s a lie.
I hate lying. If I have a short fuse, it is set when someone lies to me. I’d rather be hurt by the truth than misled by a lie. God feels the same way. In Proverbs 12:22 it says “The LORD detests lying lips, but He delights in men who are truthful.”
John 8:44 calls Satan the father of all lies. In fact, John goes on to say Satan’s native language is lying. There is no truth in him. That shouldn’t surprise us at all. Satan’s native language is the very thing God detests.
John 10:10 tells us “The thief comes only to steal and kill and destroy; I have come that they may have life, and have it to the full.” One of the main techniques the enemy uses in our lives to steal, skill and destroy is lies. He causes us to question what we’ve experienced or heard and then he drops a lie in the mix to really confuse us. His most effective way to lie to us is about ourselves. He plays on our insecurities and deposits lies every chance he gets to make the lies seem like truth to us. I’ve seen it happen and I’ve experienced it myself.
So how do we battle against the lies of Satan? Simple, learn the Truth of God’s Word. Then we take every thought captive and put it against the Truth of God’s Word [2 Corinthians 10:5]. If it doesn’t line up with the Word, we know it is from the enemy.
If the lie he’s planted in your mind is about someone else, then implement the Matthew 18 principle [Matthew 18:15-17]. Go to that person and get to the bottom of it. I recently experienced this with a good friend. He thought I was offended by something he did. It disturbed him to the point he called me to see if I was hurt by what he did. Not only was I not offended, I had no idea what he was talking about. I completely understood why he did what he did in the situation and would have done the same thing if I was in his shoes. Because he chose to follow the Matthew 18 principle the enemy didn’t experience a victory. He wasn’t able to create trouble in our friendship.
John 8:32 says knowing the truth will set us free. As we learn more and more of God’s Word and plant it deeply in our hearts we will become more skilled at picking out the enemy’s lies before they can begin to take root in our hearts and minds. It’s time we stop believing Satan’s lies and start embracing God’s truth.