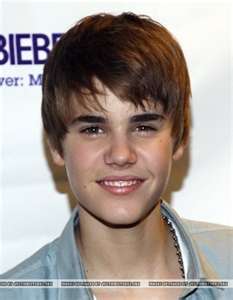 Is anyone in your family a Justin Bieber fan? My daughter is a JB junkie. She loves his music, his dance moves and she just thinks he’s cute. He is the high school heart throb of the day. Every generation has one. Girls save their money and even sacrifice other things to purchase tickets to his concerts or even his movie.
Maybe you don’t like JB, but who would you camp out to see? Who would cause you to fight through a crowd to touch? Maybe it isn’t a movie star or pop singer. What about an athlete? We have a tendency to be borderline stalkers when there is someone we admire or idolize in our world.
What about Jesus? To what lengths would you go to see Jesus? What would you be willing to do for a glimpse of Him or to reach out and touch Him? Would you be willing to sacrifice your reputation or public ridicule?
In Mark 5:25-34 we read of a woman who had struggled with a blood issue for twelve years. She sought help from doctors and it tells us in verse 26 she had suffered a great deal under their care. Still she struggled with her illness. She was desperate for healing; she was desperate for Jesus. Because of her blood issue, she would have been deemed unclean; however, she risked the ridicule of the people to get close to Jesus. She had to be weak after a twelve year battle with this illness, yet she was determined to battle her way through the crowd, no matter how difficult, to get to Him. She knew simply touching His garment would bring healing.
When was the last time you were willing to forgo anything and everything to get to Jesus? Have you ever? This woman risked everything and she gained everything in return. Not only did she receive her healing, she received a blessing from Jesus. Before those who would have called her unclean, He called her daughter, indicating she belonged to Him. He accepted her when no one else would. He looked past her circumstances to see the woman.
Have you longed for someone to treat you that way? You don’t have to camp out or push your way through a crowd to get to Him. Ephesians 2:18 says “For through Him we both have access to the Father by one Spirit.” Jesus is accessible to us. The question is: Are we accessible to Him? Are we willing to forgo the distractions of our day and give Him our attention? Will we sacrifice sleep if necessary to have that alone time that is so critical to the Christian walk? Even Jesus, the Son of God, saw the need for quiet, alone time with God. He would rise before dawn to steal away time with His Father [Mark 1:35]. If the Son of God needs that time with God, why on earth would we think we didn’t? Corporate worship is great and Bible study can be enlightening, but there is nothing like a word from the Lord specifically for you.
I challenge you to reevaluate your day and see where you can weed out things from your schedule to create time to meet with Him. You might have to skip the date at Starbucks with a friend or give up an episode of American Idol or the Office, but you would gain more than those two combined. Don’t you want to hear what He has to say to you? He’s willing, are you?