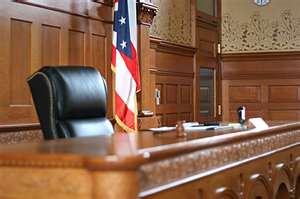 Have you ever noticed how a President of the United States issues several pardons on his way out of office? It’s like his last ditch effort to demonstrate his power to the world before he steps out of office. A President can choose to pardon whomever he deems worthy and he is not required to justify his reasons. While other elected officials can criticize his decision to pardon certain individuals, no one can overrule the President’s decision. When the President issues a pardon, it stands.
A pardon isn’t saying the individual was wrongfully accused. It is essentially saying, you are guilty of the crime; however, you are forgiven and the penalty against you has been cancelled.
The President doesn’t sift through prison records and decide who he wants to pardon. Those seeking a pardon must apply for it. The President looks at those who have come to him requesting a pardon and determines who he will or will not pardon.
Pardons are different from parole. If one is issued parole, he is released from prison but has to be monitored and if he slips up again, he is back in prison. Someone on parole isn’t forgiven for the crime committed, he is simply given a different form of punishment. There isn’t complete freedom for someone on parole, because there is a parole officer looking over their shoulder waiting for them to mess up again.
We are all given the opportunity to come before God and seek His pardon for our sins. Unlike the President of the United States, God never steps down from His throne; He never loses the power He holds; and He issues a pardon to all who come to Him with a repentant heart [Psalm 9:7-8;1 John 1:9]. Once God says you’re forgiven, no one can change it [Revelation 3:7]. Satan, also known as the accuser, will come to you and try to convince you that you haven’t been forgiven by God because you are not worthy of forgiveness, but he is simply spewing lies. None of us is worthy of forgiveness; however, the Lord loved us so much that while we were still sinners, Christ died for us [Romans 5:8].
My question for you today is, are you living life as one pardoned or one on parole? Do you move as one who is free and forgiven or one who is guilty and shackled to another constantly monitoring your behavior, keeping track of everything you do, just waiting for you to mess up again?
We have a loving Father. He isn’t sitting in heaven waiting for us to mess up again so He can point out our flaws. He removes our sins as far as the east is from the west [Psalm 103:12]. John 8:36 declares “So if the Son sets you free, you will be free indeed.”
Do you want to walk in that freedom? Stop coming to Jesus as if He was your parole officer and approach Him as the loving, forgiving friend He is.