Failure is not an option! 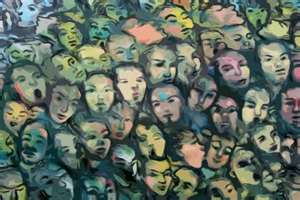 When do you quit? When do you give up on something you’ve been trying to accomplish? Some of the greatest minds ever have failed before they succeeded. Thomas Edison was interviewed about the failure of his attempts to invent a light bulb and asked if he should just give up. He replied, “Young man, why would I feel like a failure? And why would I ever give up? I now know definitively over 9,000 ways that an electric light bulb will not work. Success is almost in my grasp.” Shortly after that interview and over 10,000 attempts, Thomas Edison invented the light bulb. There are endless stories of people who persisted in their attempts until they were successful.
Paul and Barnabas were on their first missionary journey and were met with some opposition in Lystra. At one point, the opposition became so violent they took Paul out of the city and stoned him and left him for dead. Paul refused to give up. He got up and, instead of leaving the city and shaking the dust off of his feet, went back into the city [Acts 14:8-20]. Where would we be if Paul gave up and said “That’s it! If that’s how they’re going to treat me, then forget it. I’m going back to tent making”?
Have you reached out to another to share your faith only to have them lash out at you, laugh at you, or simply walk away? Don’t be discouraged. If it happened to Paul, who some call the greatest apostle of all, then we should expect it to happen to us. One of my favorite pastors, Bryce Parker, used to say “You can’t run into someone you’re walking beside.” He meant if you are walking with Christ, you’re bound to run into the enemy from time to time. We will find opposition when we share our faith, but it shouldn’t stop us. If we believe we’re sharing the Truth and it has the power to set people free and transform lives then we should consider it a compliment when we run into some opposition. The enemy wouldn’t be coming after us if he didn’t view us as a threat.
It’s time to get back in the fight. This isn’t a game. It isn’t a dress rehearsal. This is the real deal and what we’re involved in is a matter of life and death. Don’t let anything slow you down. Don’t view quitting as an option. Choose to be like Paul and pick yourself up, brush yourself off, and go back in, because lives are depending on it.
Romans 10:14-15 “How, then, can they call on the One they have not believed in? And how can they believe in the One of whom they have not heard? And how can they hear without someone preaching to them? And how can they preach unless they are sent? As it is written, ‘How beautiful are the feet of those who bring good news!’”