Wind beneath your wings… 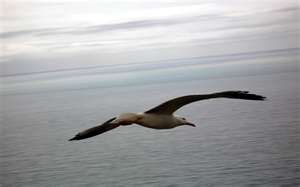 Don’t you love it when God moves in a powerful way in someone’s life after you’ve prayed for them? My sister-in-law called yesterday to announce she’s getting out of jail. Now before you freak out, let me explain. She is a nurse at the Denver jail and has wanted to find a new job for a while. Recently, she called me and said “I’ve got to get out of jail.” After we laughed, she told me about a job opening she heard about and said she was going to apply. I told her I would pray for favor for her and for the Lord to open doors for her so she could be closer to home and have more time with her family. It was an honor to lift her to the Lord and ask for her to receive the desires of her heart [Psalm 37:4]. She called me yesterday afternoon and was so excited. “I got the job! I got the job!” she chanted over and over. The excitement was contagious.
It is exciting when God moves in response to our prayers. So why don’t we take a leap of faith and pray for people more often? We don’t have because we don’t ask [James 4:2]. But why don’t we ask? Are we afraid God won’t show up? Do we think He can’t accomplish what is needed? We need to have a little faith. Shadrach, Meshach and Abednego were quite clear with King Nebuchadnezzar with regard to God’s abilities. In Daniel 3 they told the king they would not bow to his statue even if he threw them in the fiery furnace. They said their God was able and even if he chose not to respond, they would still take a stand [Daniel 3:17-18].
These guys were facing a life and death situation and put their complete and total faith in God’s ability and willingness to show up. What are we typically faced with? Possible rejection? Looking stupid? Embarrassment? Are we not willing to risk all of those things for the opportunity to partner with God and impact the life of another?
It’s time we stop singing “He is able” and start believing it and living it out. Ask the Lord to open your eyes to see and ears to hear those who need prayer today. Once He reveals someone to you, jump out of the nest and go for it. What have you got to lose? He’s not going to let you crash. You might be surprised to find out He’ll be the wind beneath your wings.