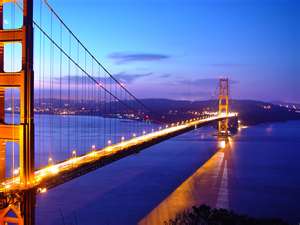 Have you been on vacation this summer? I took last week off to go on vacation with my family and it was such a blessing. There is something about being away with your family in a different time zone so people aren’t texting you or trying to call. We were able to focus on one another and build memories together.
We went to California and saw a good portion of the state. We flew into Los Angeles and stayed there for a few days then we traveled up the Pacific Coast Highway to Pismo Beach where we rode a dune buggy through these enormous sand dunes. If you’re ever in California anywhere near Pismo Beach, I highly recommend this experience. We left Pismo Beach and traveled to Yosemite National Park for some of the most breathtaking views in our country. I was in awe of God’s creativity. The transition from the massive dunes on the beach to the outrageous mountains and waterfalls made me wonder how anyone can believe in anything other than God. The views in Yosemite were stunning. Our final destination was San Francisco where we had a lot of different views. I wouldn’t use the adjective stunning to describe what we saw. We were speechless a few times.
San Francisco celebrated gay pride weekend our last two days there. We discovered this purely by accident. My daughter and I were walking through the shopping district of downtown when we came upon a parade. It only took a few seconds to determine what they were celebrating. We made a quick exit and started back to our hotel.
As we traveled back to our hotel, I found myself thinking of the shortest verse of the Bible, John 11:35, “Jesus wept.” My heart broke for the people in the parade, waving flags, dressed in all sorts of bizarre clothing, declaring their sexuality. People have called homosexuals freaks, confused, and multiple other names throughout the years, but in reality, they are people who have bought a lie from Satan, just as an anorexic has believed the lie she’s fat.
Satan is the father of lies and he uses his sick lies to destroy individuals and derail people from their God given destiny [John 8:44]. His plan is to kill, steal and destroy and he uses his lies to do it [John 10:10]. Homosexuals have believed the lie they were created to love and be attracted to people of the same gender. When they act on this lie, it brings hardship, destruction, and ridicule into their lives, not to mention leads them into sexual sin. Some people view this sin as so much worse than any other sin, but the fact of the matter is sin is sin. Any sin will separate us from God, whether it is telling a lie, committing a murder or having sexual relations with someone of the same sex.
We all have areas we’re tempted in and things we struggle with in life. The things that tempt me may not tempt you and vice versa; however, God always provides a way for us to overcome our temptations [1 Corinthians 10:13]. The key is to lean on Him for guidance and direction in life [Proverbs 3:5-6]. When we make time with the Lord a priority and pour over the Word of God, we’ll be able to pick out the lies, because we’ll know the truth [Mark 1:35]. Then we’ll be able to face Satan as Jesus did, with the Sword of the Spirit [Ephesians 6:17, Matthew 4:1-11].
I pray you’ll spend time in the Word of God learning the Truth, so you’ll recognize the lies quickly and send Satan packing. This will also open your eyes to the lies others believe about themselves and those around them so you will be able to love the person in spite of what they may believe and pray for them faithfully to find freedom in Christ and walk in the destiny God ordained for them. While John 10:10 tells us Satan’s plans are to harm us, it goes on to tell us Jesus has plans for us to have abundant life. He is the way, the Truth and the Life [John 14:6]. The pathway to freedom from any and all sin is Jesus and He is available to all who seek Him.