Learning to sow and let go… 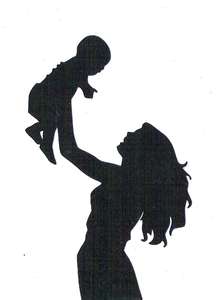 Have you begun back to school preparations? Do you have school age children or know some who have just days before Big Yellow begins to roll again? This year my son will be a senior. This is his last school year at home and it hit me hard yesterday. He and I were talking about school beginning and the many decisions he would be faced with in the coming weeks and months and I found myself overwhelmed by the reality in twelve short months, he’ll be leaving home.
I can remember when my doctor confirmed my pregnancy. I was waiting in the room as noticed a poem on the wall. I read it but didn’t think much about it until I was back in that same room after Sam was born. The poem held new meaning for me. Allow me to share it with you.

God gave this child to you, to guide
to love and walk thru life beside.
A little child so full of charms,
to fill a pair of loving arms.
God picked you out because He knew
how safe His child would be with you.

The reality is he has never been mine. He has always been the Lord’s. I have had the honor and privilege to raise him and love him; however, the Lord is the one who will guide and direct his paths [Proverbs 3:5-6]. The Lord is the one who will be with him when I can’t [Joshua 1:5]. My job is to plant the seeds in his life, but only the Lord can make them grow [1 Corinthians 3:6].
Whether you hold the title mother or aunt or neighbor or friend, the same is required of you. We’re all called to share the Gospel with any and all we cross paths with in life [Matthew 28:18-20]. Some people we’ll be blessed to walk with for a long journey, and others for just a short season or maybe even only a few hours. The amount of time isn’t what matters; what we do with the time is critical.
Look around you. The Lord has placed you where you are and He has plans for you in this season and time [Jeremiah 29:11]. If you will trust Him completely, you will be blessed in more ways than you could ever hope or imagine [Ephesians 3:20].
There will be seasons of laughter and seasons of weepiness in the year ahead as I learn how to let go of someone I love so dearly and trust him completely in the hands of the One who entrusted him to me. I covet your prayers. I don’t want to miss a single opportunity to pour into my son and sow good seed in fertile soil. I want to know I have given him and the Lord my best. But there are others in my sphere of influence I’m called to sow seed into and the same is true of you. Where has He called you to sow seed? Who has He entrusted to you to share the Gospel? It’s time to start scattering seed and trusting the Gardener to make it grow.