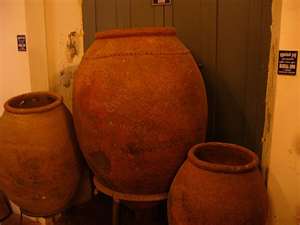 Have you ever been pleasantly surprised by something you’ve received? Like most of you, I’ve been to my fair share of home parties. I have friends who have worked for just about every home based business imaginable and I’ve hosted all of their parties. I went through a season when I felt like I needed a business license I was hosting so many parties. Pampered Chef was just one of the many parties I hosted. I managed to collect their professional series cookware over the years and have loved it. I noticed last year the pans were showing some damage. When I called the company and described what was wrong with the cookware, they were more than willing to replace it free of charge. I was thrilled. However, when the box arrived, I didn’t have the same cookware I had previously purchased. Because of my troubles, they upgraded the cookware to the newer line of professional cookware at no additional charge. Sweet! I was doubly blessed!
In John 2: 1-12, we see a bridegroom experiencing a double blessing. Jesus, His disciples, and His mother attended a wedding. During the celebration, the wine ran out. In that day, to run out of wine at a wedding celebration was beyond disgraceful. Jesus’ mother, Mary, became aware of what happened and responded like any mother would…she attempted to fix it. She called upon Jesus to do something about it. He reminded her it wasn’t time for Him to reveal Himself, but then He acted. As a mother of a son, that melts my heart. His mama asked Him to do something and He honored her. In verse 5 she told the servants “Do whatever He tells you.”
Now Jesus could have turned the water to wine and it would have saved the bridegroom’s reputation and the celebration could have gone on without a glitch, but Jesus doesn’t do anything ordinary. He is all about the extraordinary. He took ordinary water and He transformed it into the best wine the master of the banquet had ever tasted. The bridegroom was doubly blessed by God.
What area of your life do you need Jesus to move in? He isn’t an ordinary God and He doesn’t do just ordinary things. He is extraordinary and He loves to bless His children double. Follow Mary’s instructions and “do whatever He tells you” and you will find yourself doubly blessed!