Is He worth it? 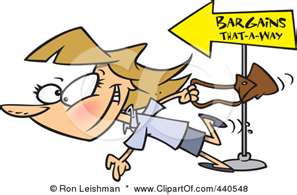 Are you frugal or a spender? It seems there is at least one frugal person in every family. I always thought I was fairly frugal until I met my husband, Mark. I have been known to say he only lets go of a nickel to get a tighter grip. He is a former banker and he watches our nickels and pennies closely. I used to be a shopper; however, now not so much. Oh, don’t get me wrong, if you get me in the right store and they are having a big sale, I can get engaged, but I don’t live to shop. I don’t just roam the mall as a pastime. He used to tell me “If we don’t need it, it’s not a bargain.” Now I am a much harder sell.

In 2 Corinthians 6:1-13 Paul lists all the things he has had to endure for Christ. You might think he was complaining until you realize he is listing everything as if it were nothing compared to knowing Christ and spreading His Word. In Philippians 3:8 Paul states, “What is more, I consider everything a loss compared to the surpassing greatness of knowing Christ Jesus my Lord, for whose sake I have lost all things. I consider them rubbish that I may gain Christ.” Nothing holds the value of Christ in Paul’s eyes. Even with all he has experienced, he has an open heart to whatever Christ brings his way, and he is encouraging the Corinthians to do the same. They appear to have chosen to close their hearts [2 Corinthians 6:13].

Many people view the cost of following Jesus high. Is it too high for you? Is there anything you would have to sacrifice or endure that wouldn’t be worth it? Is there something in this world more worthy than a relationship with Jesus and a heart open to all He has for or you?

Fortunately for us, Jesus didn’t feel there was any price too high for Him to pay for a relationship with us. John 3:16 tells us He loved us so much, He died for us. Romans 5:8 goes one step further, stating He did this while we were still sinners. He didn’t wait for us to clean up our act and look pretty before He paid for us. By the world’s standards, we weren’t a bargain. It would appear He got ripped off. After all, He didn’t need us. God needs nothing. He chose us [Ephesians 1:11]. Thankfully for you and me, He operates by His standards and no one else’s. He determined there was no price too high for us. We’re worth it to Him. Is He worth it for you?