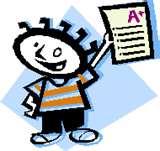 Have you ever heard the phrase “Give credit where credit is due”? Praise is very powerful. Some people will do just about anything to receive praise, but blame is another story. People run from blame and will point the finger elsewhere. Mankind has been doing it since the beginning of time. In Genesis when God called Adam to account, he blamed Eve [Genesis 3:12]. When Eve was questions, she blamed the serpent [Genesis 3:13]. It would appear we’ve learned nothing from the Garden of Eden.
If you spend any time reading through 1 Kings, 2 Kings, 1 Chronicles, or 2 Chronicles you’ll find the kings were quick to revel in the glory bestowed upon them after battles; however, the glory belonged to the Lord. Few of the kings seemed willing to pass the glory on or accept any blame for their actions. The Lord provided His full support to Israel and Judah when they were fully surrendered to Him; yet, when they acted arrogantly, He showed them Who was in control.
2 Chronicles 25:8b says “God has the power to help or to overthrow.” Unfortunately, many of the kings learned the hard way. They would win a battle and accept the glory given and even take in foreign gods and begin consulting them only to find Yahweh wouldn’t tolerate sharing. He’s a full custody kind of Father. In 2 Chronicles 25, king Amaziah learned that the hard way. You would think he would have recognized the patterns of the kings who served before him, but he didn’t.
Have we learned anything from the Garden of Eden when it comes to praise and blame? How do we respond when something good happens in our lives? Do we give glory to God instantly or do we soak in it a while? When we get that promotion we’ve worked for do we thank God or pat ourselves on the back? When things go our way in relationships do we thank God or do we brag about how smooth we are?
What about blame? Do we instantly look for another to blame in a situation? I grew up with an older brother, David, and a younger brother, Steve. When Steve was about four years old, Mom caught him sitting behind the sofa striking matches. When she found him, he looked up at her with his big, blue eyes and said “David did it.” Now David wasn’t anywhere in the room, but Steve knew someone was going to get in trouble and he didn’t want it to be him. Unfortunately, that seems to be our first response. If we own up to our mistakes, it is because we’ve made a conscious effort to do so. It’s not a natural response. It’s not how we’re wired.
If we’re not careful, we will find we’re no wiser than Adam and Eve or the kings that followed them. We must spend time in the Word learning from the mistakes and victories of those who have gone before us. We can learn quickly what to do and what not to do, without having to face punishment ourselves.
I don’t know about you, but I prefer to learn the lesson without having to suffer the punishment. I’d have to say I learned a lot from my older brother. I could watch him go through life and learn quickly what to do and not do, just based on the parents’ response to his actions. I became a quick study of what got him in trouble and made mental notes not to go there.
Life is a hard teacher. Many times we have the test first and the lesson comes later. We need to take as many opportunities as possible to learn from others before we’re tested. Then when a test comes, and there’s always a test, we can pass with flying colors!