Relax! He will do it! 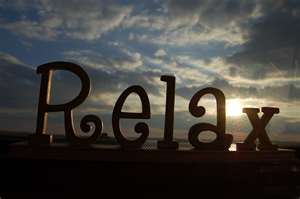 Do you ever find yourself questioning your calling? What if you’re not in the right place at the right time? What if you don’t hear clearly from God? Or worse yet, what if you miss it completely? The good news is it isn’t up to you.
In 1999 I was at a retreat and the Lord clearly spoke to me and told me I would be ministering to women. The retreat happened to be a youth retreat and I remember thinking “You mean youth, Lord, right?” Over the next few years the Lord started moving me into positions of ministry until Righteous Relationships was founded and I began ministering to women on a consistent basis. Not too long ago I was speaking to a group of teenagers and I remember thinking “God, I thought you said I’d minister to women.” The reply made me laugh. “You’re the one who put the age limit on them, not me. They may be young, but they’re still women.”
There are countless examples in the Bible where the Lord has done the same thing. David was a shepherd to a flock of sheep, but the Lord changed his job title to shepherd of men [Psalm 78:70-72]. He took Joseph from the safety of his home to become second in command in all of Egypt [Genesis 30-41:44]. He took twelve men from their chosen professions and made the pastors, teacher, evangelist and church planters [Matthew, Mark, Luke, and John].
What is His plan for you? You may not know the answer right now and it is okay. If you will surrender yourself completely to whatever He has for you, He’ll make sure you end up where you need to be to do what He has called you to do. It isn’t up to you; it’s up to Him. How freeing is that revelation? Rest in the knowledge of 1 Thessalonians 5:24: “The one who calls you is faithful and He will do it.”