It’s time to take a stand against human trafficking! 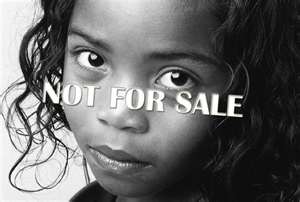 How old to you have to be to make a difference in the world? Some believe they have to be grown, moving up in their career, have an impressive salary, and be established in the community to make a difference. That couldn’t be farther from the truth. It is yet another lie of the enemy we so easily believe.
This week over forty-four thousand high school seniors and college students have gathered in downtown Atlanta at the Georgia Dome for the Passion 2012 conference. Some people may think of this as any other Christian conference. After all, the worship was incredible with some of the top worship leaders in the country and the some of the biggest names in ministry took the stage to teach. However, the thing that impressed me the most was the action the conference brought. They didn’t wait to get home to put into action the things they’ve been speaking about; they have gone into action this whole week.
The outreach began as they arrived. Each student was asked to bring a new bath towel and a pair of socks for the homeless. They collected over a hundred thousand of each. Can you imagine?
The main focus for outreach was to raise awareness and funds to battle human trafficking. Over 27 million people are slaves today in our world. Most people think it is primarily in other countries, but the reality is it is happening in our country as well. Human trafficking is a multi-billion dollar industry. There are more slaves in this generation than any other time in history. The human sex trafficking of minors grows daily in Metro Atlanta as well as across our nation. Passion 2012 collected over a million dollars in donations- from high school seniors and college students who have little to no money- to say enough is enough. They gave a hundred thousand dollars to the mayor of Atlanta to train their police officers on how to identify sex trafficking and how to help the young girls they rescue.
1 Timothy 4:12 says “Don’t let anyone look down on you because you are young, but set an example for the believers in speech, in life, in love, in faith and in purity.” If you want to make a difference in your community, there is only one requirement….you have to be breathing. It’s time to get in the battle, take a stand, become a voice for the voiceless, put your money towards what you say matters to you, and become part of the solution. Today over 300,000 minors IN THIS COUNTRY are at risk of being sold as sex slaves. These are our children, in our towns and cities, purchased by our citizens for someone else’s financial gain. The average age of the victim of human sex trafficking is fourteen years old but police have rescued girls as young as nine. The life expectancy for a victim of human trafficking is seven years. So tell me, what are you going to do about it?