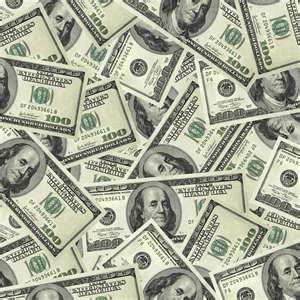 Are you a saver or a spender? There seems to be one of each in every family; however, sometimes they aren’t complete polar extremes. My husband, Mark, and I will switch roles depending on the given situation. There are times he will willingly spend money (although not often) and I’m the tightwad, but it is usually the reverse.
While money is a topic few people like to discuss, when you take it a step further and talk about giving or tithing, people tend to run for the hills. They don’t want to hear about how you think they should spend their money. Therein lies the problem. We all tend to think of the money we possess as ours instead of recognizing it is all God’s. We try to determine how much of our money He is going to get instead of trying to determine how much of God’s money we get to keep.
God is very generous with us. He doesn’t even ask for a fifty-fifty split with us even though it is all His [Leviticus 27:30]. He’s willing to allow us to have the majority of it, yet we still gripe and complain about relinquishing the small portion He requires.
The Lord requires a tithe, which is the Hebrew word maaser meaning tenth or tenth part. We are to give the Lord one-tenth of our increase. That means He is allowing us to keep ninety percent of our increase. Now I don’t know about you, but that partnership is strongly in our favor. If I was approached by a business owner holding greater assets than mine and he wanted to form a partnership with me which would allow me to keep ninety percent of the gains, any analyst in the world would tell me to jump at it. I would be told I was insane not to make the deal, but when God, the Creator of heaven and earth, extends the same offer to us, we’re not happy with it.
In Luke 9:10-17 we read the story of feeding the five thousand men. Jesus told the disciples to feed the people with whatever they had. They had so little, two fish and five loaves of bread. They brought all they had to the Lord and He blessed it and gave it to them to share with the people. Can you imagine what was going through their minds? “Yeah, right, Jesus, this will take all of about three minutes before we run out and face a stampede.” It was humanly impossible to feed five hundred with two fish and five loaves of bread, let alone five thousand, but they trusted Him. They didn’t hold any back for themselves to eat after they’d finished ministering. They gave it all. When they placed all they had in the Lord’s hands, they witnessed a miracle. He used it to do His work and then had them collect the leftovers. Leftovers? The leftovers totaled twelve baskets; one for each of them. Now if that isn’t impressive enough, don’t miss the biggest “WOW” of all. They collected more than they started with because God’s economy is all about abundance, increase [vs. 17]. There is no lack with God. His desire for us is abundant life [John 10:10]. In order for us to gain the abundant life He came to bring, we must trust Him and we must trust Him with everything, holding nothing back. What are you trusting Him with today?