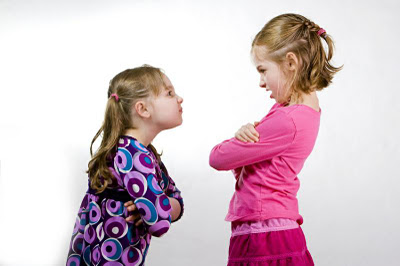 Do you run away from an argument or do you seek them out? There are some people who would rather argue than breathe. There are other people who would hide from another person rather than engage them in an argument.
Jesus didn’t do either. He wouldn’t run and hide when someone started taunting Him but He didn’t jump in their lunch either. He would listen to the issue they presented and He would stick to the issue. He also never attempted to argue on His own. He brought His Father into it with Him. He would use the Word.
In Matthew 4:1-11 we find the story of Jesus being tempted in the wilderness by Satan. Three times Satan tried to poke the bear and get under Jesus’ skin so He would react and fly off at the handle in an attempt to teach the devil a lesson. Jesus wasn’t stupid and He wasn’t a coward. Three times He addressed the devil’s poke by focusing on the issue, using the Word to respond and refusing to allow His ego and emotions to get in the way. In verse 4, verse 7, and verse 10, Jesus says “It is written” and then shut the devil up with God’s Word. Jesus didn’t pull out a scroll and look for chapter and verse, He simply quoted it.
In order for us to fight the enemy as Jesus did, without allowing our ego or emotions to get involved causing us to stumble and sin, we need to know the Word of God. We don’t simply need to be familiar with it; we need to know it like we know our own name. Joshua 1:8 says “Do not let this Book of the Law depart from your mouth; meditate on it day and night, so that you may be careful to do everything written in it. Then you will be prosperous and successful.” The only way we will know the Word of God is to spend time in it, reading it, studying it, and seeking counsel from it.
When a fight comes looking for you, don’t flinch. Do what Jesus did. Stand tall, stick to the issue, and use your sword [Ephesians 6:17]. When you do, the devil will flee [James 4:7]. To quote the famous Bon Qui Qui “That’s how we do it!”