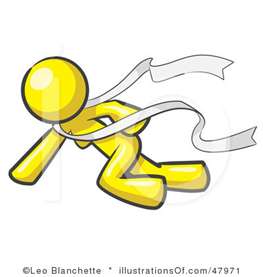 Have you ever camped out for concert tickets? What about sale items the day after Thanksgiving? There are certain things we’re all willing to sacrifice sleep or time for because we want to be first. While we may allow others to go before us when we’re entering a coffee shop, we may not be as willing when we’re entering a door to a general seating concert or to purchase the coveted toy during the holiday season would we? There are times we want to be first at all costs.
In Genesis 4:3-7 we read about Cain and Abel, the sons of Adam and Eve. Cain preferred to work the soil and Abel was more of an animal guy. When the crops came in and the herd had multiplied, both Cain and Abel took a portion of their increase and presented it to the Lord. Verse 3 says “In the course of time Cain brought some of the fruits of the soil as an offering to the LORD.” At first glance we would be impressed by Cain’s actions. God provided what Cain needed to grow the crops and produce a bountiful harvest, so he gave some to God as an act of gratitude. We do it all the time on Sunday mornings, right? God provides for us financially so when Sunday rolls around we give some of what God has given us back to Him for His house. It sounds good until you read verse 4 and then you realize the problem.
Verse 4 says “But Abel brought fat portions from some of the firstborn of his flock. The LORD looked with favor on Abel and his offering.” Did you catch it? Only one word separates what Abel did from what Cain did. God looked on Abel’s offering with favor, but He didn’t with Cain’s offering [vs. 5]. Cain gave some of the fruits of the soil and Abel brought the firstborn of his flock. Abel put God first and as a result the favor of the Lord was with him. Cain, while he didn’t cut God out of the bounty, didn’t put God first. He chose to put himself and his needs, wants, and desires ahead of God.
How many of us say God is number one in our lives? Most of us if asked by someone would say God is more important to us than ourselves, but does our time and checkbook reflect it? Are we giving God some of our time and some of our money or do we give to Him first, and the best of what we have? Do we write our check to the church first and then pay our bills or do we give to God from what is left when all the bills are paid? Do we carve out precious time to meet with God each day or do we mumble a prayer over our meals and as we’re falling into bed?
God deserves our best not our leftovers and afterthoughts. Those who put Him first have favor. Matthew 6:33 says “But seek first His kingdom and His righteousness, and all these things will be given to you as well.” That’s favor. Luke 12:34 says “For where your treasure is, there your heart will be also.” We need to give to God what is right, not what’s left.