How will you be known? 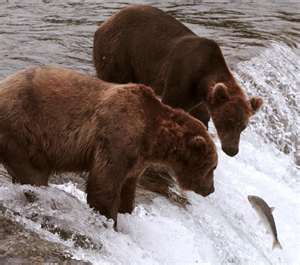 Have you ever read the Gospels and wondered what it would have been like to be a disciple of living in Biblical times? I’m pretty certain they didn’t make the cover of “He Brews” magazine or the “Man of the Year” award. They weren’t the most popular among their communities. In fact, they endured great hardship and persecution for their beliefs which resulted in insults, imprisonment and death [Matthew 14:9-10 Acts 12:5, and 16:37].
There was a time in our country when it was not only popular to profess belief in the name of Jesus Christ, but it was the norm. People prayed in school, wished each other Merry Christmas, and retail stores wouldn’t even think of being open on Easter Sunday. Jesus used to be politically correct. Our world has taken a huge shift and we seem to be tolerant of everything except Jesus and His followers.
So what does that mean for us? Do we go with the flow or are we willing to stand out like a salmon swimming upstream? Are we willing to risk becoming unpopular, even avoided by others, and being looked over for job promotions because we’re a Jesus freak? Jesus is very clear in Mark 8:38 when He says, “If anyone is ashamed of Me and My words in this adulterous and sinful generation, the Son of Man will be ashamed of him when he comes in His Father’s glory with the holy angels.” Jesus expects us to be willing to risk it all and to associate ourselves boldly with Him. He understands we all make mistakes and we may miss it from time to time. For that, He extends grace to us like He did to Peter [Luke 22:54-62, John 21:12-18].
Tim Tebow has received all kinds of ridicule for his commitment to give God the glory for all he does, yet he is like the Energizer Bunny- he keeps on going and going. I know there is One who applauds him for what he does. Colton Dixon, one of the top ten contestants on this season’s American Idol, has taken every opportunity to let the world know Who he serves. The producers have talked to him about it warning if he continues to make statements indicating his Christian beliefs, he’ll likely be voted off of the show. Colton’s response to their warning was to sing Lifehouse’s song, Everything, this week, making it abundantly clear to the world that he cares more about what Jesus thinks of him than what others think of him. These men are willing to stand with Jesus when it could cost them their dreams and their livelihood.
What about you? What will you be known for by others…as a follower of Jesus or someone who goes with the flow?