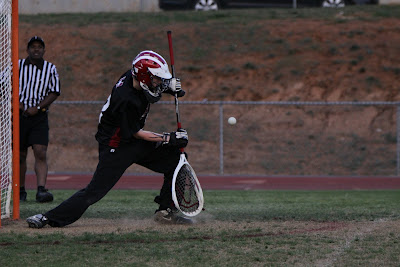 Have you ever had an off day? You know, when no matter how hard you try or give you all, things just don’t go in your favor.
Last night my son played his second of three lacrosse games this week. Monday night he was on fire. Very little got into the goal and he wasn’t just playing defensively, but he made several bold moves that paid off in his team’s favor. Last night he had an off night. He just couldn’t seem to get things going in the right direction. I could tell from his stance, he was mentally beating himself over every goal that went in well after the play of the game moved to the other side of the field. It’s hard not to get defeated and mentally surrender when that happens; however, nothing is gained by mentally joining your opponent’s team in beating yourself. You simply have to let it go. As my daddy used to say, “You can’t saw sawdust.”
King David understood this. In 2 Samuel 12:16 King David fought and pleaded with God for his son’s life. He did everything he knew to do. He refused to eat. He refused to be consoled by the older men who served him. He remained prostrate crying out for his son’s life. On the seventh day, his son died [vs.18]. His officials were afraid to tell him of his son’s death for fear of what he would do; however, his response more than surprised them. It downright shocked them.
2 Samuel 12:20-24 says, “Then David got up from the ground. After he had washed, put on lotions and changed his clothes, he went into the house of the LORD and worshiped. Then he went to his own house, and at his request they served him food, and he ate. His servants asked him, “Why are you acting this way? While the child was alive, you fasted and wept, but now that the child is dead, you get up and eat!” He answered, “While the child was still alive, I fasted and wept. I thought, ‘Who knows? The LORD may be gracious to me and let the child live.’ But now that he is dead, why should I fast? Can I bring him back again? I will go to him, but he will not return to me.” Then David comforted his wife Bathsheba, and he went to her and lay with her. She gave birth to a son, and they named him Solomon.”
King David understood he had done all he could to fight for his child’s life. Once it was done, it was done. He could wallow in the past and become ineffective as a king and a husband, or he could move forward and learn from his past mistakes and apply that knowledge to the future.
What about you? Do you learn from your mistakes and move forward or do you continue to beat yourself up with them, giving strength to the enemy’s position in your life? God tells us He removes our sins as far as the east is from the west [Psalm 103:12]. Love does not keep a record of wrongs and God is love [1 Corinthians 13:5, 1 John 4:8]. He doesn’t beat us up when we make mistakes; rather He loves us back to wholeness. So why do we do we beat ourselves up? Why do we place a club in the enemy’s hand and tell him to swing batter, batter, swing?
When things go bad, and every now and then they just do, remember King David and brush yourself off and move forward walking in the grace and mercy Jesus freely gives. Tomorrow is a new day!