What are you willing to risk? 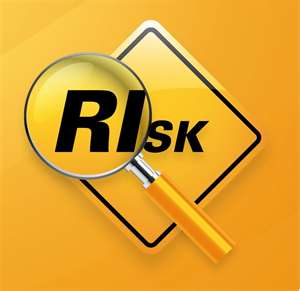 Have you ever lead someone to Christ?  I recently came across some statistics that blew me away.  Only two percent of evangelical Christians in America witness weekly to unbelievers, annually lead someone to Christ, are being personally discipled to make disciples, and are personally discipling someone else to be a disciple maker.  Two percent!  It is estimated that North America is home to six percent of the world’s population, but is home to ninety-five percent of the full time Christian workers.  If we are home to the majority of the full time Christian workers in the world, why aren’t we home to the largest number of disciple makers in the world?  The most disturbing statistic I ran across was ninety percent of all Christian in American will never share their faith with anyone in their lifetime.  How can that be?
Paul told the Corinthian church “For what I received I passed on to you as of first importance: that Christ died for our sins according to the Scriptures, that He was buried, that He was raised on the third day according to the Scriptures, and that He appeared to Peter, and then to the Twelve.”  Sharing the basic message of Jesus was first priority to Paul and it should be to us as well.  Jesus Himself said, “All authority in heaven and on earth has been given to Me.  Therefore go and make disciples of all nations, baptizing them in the name of the Father and of the Son and of the Holy Spirit, and teaching them to obey everything I have commanded you. And surely I am with you always, to the very end of the age” [Matthew 28:18-20].  This was not a question or an option for believers, rather a command.  If we are followers of Jesus, this is what we’re supposed to be doing.
We would not sit back and watch a person die of cancer if we had the cure in our hands; we’d give it to them. So why are we sitting back while the people in our world of influence are dying daily without the saving grace of Jesus Christ?  I believe we’re scared.  We’re scared of being rejected.  We’re scared of being challenged.  We’re scared of being perceived as the Jesus freak.  Courage isn’t the absence of fear, rather the realization that something is more important than fear.
While in India, I met a young man who came to our camp a Hindu and left as a Christian.  He wanted a Bible but asked us if it was okay if he tore the cover off so he could make it look like a school book.  He didn’t want his family to discover he had a Bible.  This young man faced the real possibility of being not only rejected by his family but persecuted by everyone in his community, yet Jesus meant enough to him, he was willing to take the risk it for Jesus.  Jesus didn’t just risk everything, but He gave up everything for you.  What are you willing to risk for Him?
By Susan Norris|2012-12-04T15:53:57-05:00May 15th, 2012|Christ Follower|0 Comments