A Voice for Hope 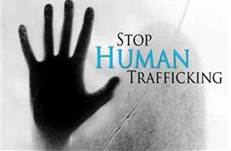 What have you watched on television lately?  The Voice?  Grey’s Anatomy? I’m just listing a few of the programs I’ve seen people posting about on Facebook this week.  In the past thirty-six hours there have been three television programs broadcast on network television on the commercial sexual exploitation of children. Did you happen to catch any of them?  Those types of programs are like the starving child in Africacommercials. If we watch them, they pierce our hearts and we can’t just go about our day ignoring it, can we?

The reality is human sex trafficking is exploding across our globe whether we want to acknowledge it or not.  It isn’t just a third world issue anymore.  It’s an in your backyard issue and we must face it if we’re ever going to see things shift.  This is an issue that will take more than law enforcement to eradicate it.  It will take every day citizens like you and me uniting together raising our voices as one to say “No more!”
Children are precious to Jesus.  He is very protective of them.  In Matthew 18:6 He says, “But if anyone causes one of these little ones who believe in Me to sin, it would be better for him to have a large millstone hung around his neck and to be drowned in the depths of the sea.”  In Matthew 18:10 He tells us children have their own angels assigned to them and those angels have face time with Jesus. We are told throughout Scripture to care for the widows and the children.  When we allow the evil of human trafficking to prevail without taking a stand against it, we’re failing to do what Jesus called us to do [Matthew 25:35-46]. This is serious business, people, and it matters to the Lord.  You can’t hardly pick up a paper or turn on the television without someone somewhere speaking out against human trafficking.
It’s time to add your voice to the cry for justice. How? It’s not as hard as you might think. Write your elected officials on the local, state, and national level demanding they crack down on the men who exploit and rape our children.  Educate yourself on the issue so you can become a voice for hope by educating others. Give your time and financial resources to those organizations that are on the front lines. It’s time to join the movement.
Beginning this Friday at 5 p.m. I will start releasing excerpts from my book, Rescuing Hope, A Story of Sex Trafficking in America, at www.resolutionhope.org.  I will release a new except every Friday at 5 p.m., leading up to the book release on New Year’s Eve. Join me there for an inside look into the crime that is hidden in plain sight. My desire is for you to fall in love with Hope. I want her story to become a catalyst for conversation activating people to join the movement. Let your voice become a Voice for Hope.
By Susan Norris|2012-12-04T15:53:52-05:00October 2nd, 2012|Christ Follower|1 Comment