Seven Days of Hope: Day 1, What do you hope for? 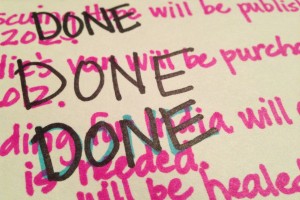 What do you hope for? Is there something that you long to have or see happen?  At the beginning of this year, during one of my quiet times, I vividly remember God asking me,

Why do you think so little of Me?”

God, why do you say I think so little of You?  I think of you all the time.”

He wasn’t questioning how often I thought of Him, rather how I viewed His capabilities and reach. When I inquired further, He said,

You ask Me for things you can do yourself.  Ask me for something hard, something only I could do.”

I sat there for a long time, thinking.  Then I grabbed an index card and a Sharpie. Hmmm, what do I really want to see God do? What do I need to see God do in 2012?

What do you need for God to do in your life? Are you willing to hope? Are you willing to trust your desires and dreams to Him? Joseph did and it worked out well for him, better than he could have imagined [Genesis 37- Genesis 50]. Nehemiah desired to return to his homeland and rebuild the wall around Jerusalem [Nehemiah 1:3-11].  He could never succeed in his own strength; however, God did amazing things through him [Nehemiah 12:27-47].

Will you allow God to rescue your hope this Christmas?

What are you hoping for?  I challenge you to take out an index card and write down what you hope to see happen in 2013.  Put it somewhere visible so you’ll see it often and remind Him in prayer how you’re counting on Him to move in your life.

One thing I want to see in 2013 is for Rescuing Hope to become a catalyst of conversation among people across the nation to make others aware of modern day slavery in our nation, our cities, and our neighborhoods. Awareness is the first step in advancing the movement against human sex trafficking.