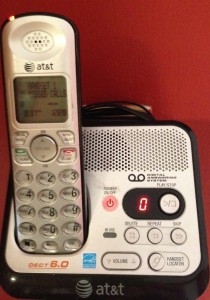 Will you answer her call?

Do you know anyone who serves in the military? I have a young friend, Alex, who graduated from high school with my son this past May and joined the army.  He’s gone through boot camp and he is now stationed in Kentucky.  I have another friend  in the army reserves who served for eighteen months in Afghanistan.  It’s easy to forget there’s a war going on until you know someone in the midst of it. Then war takes on a face and a name. When you have a heart connection with someone involved, you suddenly have skin in the game.

The same is true in the war against human sex trafficking.  When I first heard about it, it was just a horrible thing taking place in our nation. It was frightening and I wasn’t sure how close to it I wanted to get.  If I didn’t have a heart connection, I could pretend it didn’t impact me.

That was before I met her…

I’ll call her Hope, because she was the first survivor I met when I began research for my book, Rescuing Hope. She was twenty years old and had been trafficked for several years. She wouldn’t make eye contact with me and when she talked, she would have make a sailor blush. She was in oversized clothes to hide her thin figure, but she wore shoes that looked like stilts. She told her story as if she were reading the phone book, with little emotion. She had a protective shell and she didn’t know me or trust me.  Not yet.

It’s been two and a half years since I first sat down with Hope. I met her just a few days before Christmas at a Starbucks to give her the gifts I had for her and to catch up with each other. This time she walked in the door waving at me with a huge grim on her face.  She was dressed in riding boots, skinny jeans, and a blazer, looking like a typical twenty-two year old. We embraced in a long hug before she sat down and started chattering away about all that was going on in her life.  She’s been out of the lifestyle for a year now. She’s in college, reconnected with her family,  has a job and has a future she’s working towards full speed ahead.

What happened? What made the difference? I can’t begin to explain it all, but Hope knew she had someone who cared for her and believed in her. She had a number to call when things got rough, and they did.  She called from jail in two different states. As horrible as that sounds, it was while she was in jail she gave her life to Christ. She called from multiple suburbs as she moved around trying to find a safe place to land and start over. She called to say she got a job and told me where she was working. She called to say she got accepted into college.  She called to meet for lunch and catch up.

Everyone needs someone. God never created us to live this life alone.  He is relational and He created us in His image [Genesis 1:26].  When asked what the greatest commandment was Jesus responded in Matthew 22:37-40:

Out of Darkness is a ministry made up of people who understand Matthew 22:37-40.  They are the first responders when Hope calls the hotline number.  They answer the phones and listen more than talk.  They offer Hope the option to come off the street and get into a safe house until a restoration program can be found that is a good fit for her.  They walk this journey with her, every step of the way. They start off as mentors and advocates, but become lifelong friends.

She needs a friend. How will you respond?