Seven Days of Hope: Day 3, What can one person do? 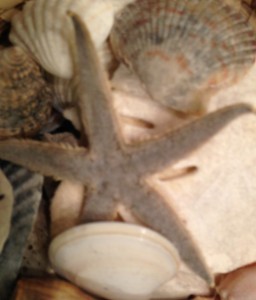 Have you ever heard the story of the starfish?  It’s a story by Loren Eisley about a man walking down the beach who sees a boy frantically picking up starfish that had washed upon the shore, throwing them back into the ocean.  When the man asked the boy what he was doing, he said he was throwing the starfish back into the ocean so they wouldn’t die.  The cynical man told the boy there were miles and miles of starfish. He could work all day and he’d never make a difference.  The boy tossed another starfish in the ocean, smiled at the man and said,

I made a difference to that one.”

The issue of human sex trafficking is so massive its mind boggling.  Globally, it is estimated there are 27 million slaves today. Our nation abolished slavery in 1865; however, in the United States alone, its estimated that 300,000 girls are at risk of being trafficked each year. It’s overwhelming. How can we begin to do anything about it?

We help by stepping into the fight, because we’re called to do it.  Isaiah 6:8 says,

Then I heard the voice of the Lord saying, “Whom shall I send? And who will go for us?” And I said, “Here am I. Send me!”

You, too, can be like the little boy on the beach and make a difference, one life at a time.