Have you ever eaten vomit without knowing it? 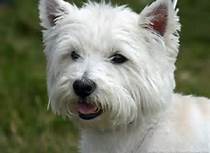 Do you have a dog?  I have a golden retriever named Rosie and love her dearly.  When I was young we had a West Highland White Terrier named Nikki.  He was the coolest little dog in the world with more personality than most people.  He was a little thing, but thought of himself as a Doberman.  He would strut when he walked.  While his breed was white and his color was supposed to be, he was rarely white.  We would spend time giving him a bath, brushing out the tangles and trimming him up until he looked like a beautiful show dog.  Then he would go to the back door, which was his way of saying he needed to go to the bathroom.  As soon as we let him out the back door, he would take off down the street to the lake, where he would swim in that filthy water until he had acquired a dingy yellow look.  It would make us furious, but time after time, he would do it.

As a dog returns to its vomit, so fools repeat their folly.”

If you’ve ever seen a dog eat their vomit, it’s truly a disgusting thing, but it happens.  This verse is quoted in 2 Peter 2:22, but Peter adds to it,

Of them the proverbs are true: “A dog returns to its vomit,” and “A sow that is washed returns to her wallowing in the mud.”

Nikki sounds like a combination of dog and sow based on the verse above.  He refused to stay white.  He kept going back to what made him dirty in the first place.

This week, I had my heart broken when I learned of one of my sweet girls doing the same.  She left the safety and security of a stable home where she had been taken in, she left a job, and the promise of an education to go back to a life of uncertainty.  She has no safe place to go.  Her family refuses to take her in because she refuses to stay in a treatment program.  She’s either run away from or been kicked out of every treatment program I’ve taken her to in the past year. It’s gut wrenching to watch someone you love walk away from what is good for them and choose something destructive. Truth be told, we’ve all done some form or fashion of this ourselves, leaving the Lord shaking His head wondering why on earth we’d make such a choice.

Any parent who has had a prodigal understands what I’m experiencing right now.  Whether it’s human sex trafficking, drug addiction, alcoholism or an illicit affair, the lure is powerful and the lie is seen as truth to the victim. John 8:44 speaks of the skill of deception Satan has,

He was a murderer from the beginning, not holding to the truth, for there is no truth in him. When he lies, he speaks his native language, for he is a liar and the father of lies.

My sweet girl has come to believe Satan’s lies as truth and Truth as a lie.  She’s been brainwashed, first by a pimp, but ultimately by Satan. His hold on her is powerful. So what do I do?  Give up? Move on to help another and just assume she’s a lost cause?  NEVER!  Just like Jesus, I have to respect her right to choose, even if she doesn’t choose wisely; however, I don’t have to lie down in defeat.

Prayer is a powerful tool and I’ve seen it move mountains and turn the heart of a lost soul to Jesus.  I can pray for her.  I can cry out to Jesus every hour of every day, reminding Him of her and asking Him to go to the places I can’t go and rescue her as only He can do.  While I may not know where she is or what she’s doing to survive, there is no place on earth hidden from Him [Hebrews 4:13].

I will continue to contend for this one until Psalm 40:1-3 becomes her story,

I waited patiently for the LORD; He turned to me and heard my cry. He lifted me out of the slimy pit, out of the mud and mire; He set my feet on a rock and gave me a firm place to stand. He put a new song in my mouth, a hymn of praise to our God. Many will see and fear and put their trust in the LORD.

I know the Lord hears my prayers, even when I don’t see evidence of it.  He has proven faithful too many times to doubt Him. So, I will pray for my prodigal girl, asking the Father to go get her and bring her home. Until then, I’ll trust her to Him, because He is worthy of my trust.  What will you do about the loved one who has chosen to walk away? The one who has disappointed you or broken your heart again? Will you walk away or will you walk to the One who can bring him/her home?