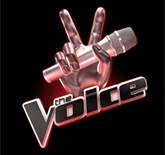 Did you watch the season premiere of the Voice last night?  A friend of mine, James Shealy, auditioned.  He was one of the top 100 chosen for the blind auditions out of the 40,000 who tried out.  Unfortunately, none of the judges turned their chair around for him. Their loss, in my humble opinion. So, what does that mean? Does that mean he should go home, find a new dream, and move on? Absolutely not! It just means God has a different way of fulfilling the dream He planted in James’ heart long ago.

So many times when things don’t happen the way we think they should, we’re ready to throw in the towel and walk away defeated.  We believe the lies of the enemy, that it will never happen.  The enemy’s purpose in life is to kill, steal, and destroy and that includes our dreams [John 10:10].

As I sat in my den watching the thirty second clip of James on the Voice, I couldn’t help but think of all the men and women of the Bible, and in my life, who  thought God had forgotten them because things didn’t work out the way they planned.  God doesn’t work like we do [Isaiah 55:8]. Sarah and Abraham thought God had failed to deliver His promise to them to make their descendants to numerous to count [Genesis 16:10].  Just five chapters later, we read in Genesis 21:1-3,

Now the LORD was gracious to Sarah as He had said, and the LORD did for Sarah what He had promised. Sarah became pregnant and bore a son to Abraham in his old age, at the very time God had promised him. Abraham gave the name Isaac to the son Sarah bore him.”

Abraham was an old man and Sarah was well beyond childbearing years, but they saw first hand what Luke 1:37 declares,

For nothing is impossible with God.”

Over fifteen years ago, a dream birthed in a friend of mine’s heart to be a full-time missionary in Africa.  She was in a place and stage in life that made her dream seem impossible; however, she set her heart on that dream and prayed for it to come to fruition.  It would have been so easy for her to become discouraged, to give up.  She knew it was something the Lord placed upon her heart, but she just didn’t know how He was going to make it possible. In less than two weeks, she will climb on a plane headed for Africa to live as a full-time missionary with her husband.

God made a way where there seemed to be no way.

What is your dream?  Is it something God placed in your heart, the destiny He’s calling you to? Don’t give up. Even when it doesn’t appear it could happen, God can make it happen.  He’s in the miracle business. I encourage you to take your dream before the Lord and ask Him if it is from Him.  If you feel in your heart the answer is “yes” then don’t give up, no matter what the circumstances look like.

Never in a million years did I think I would write a book, but as I sit at my desk writing this, I’m looking at the cover of Rescuing Hope. God is able! Don’t let go of 1 Thessalonians 5:24,