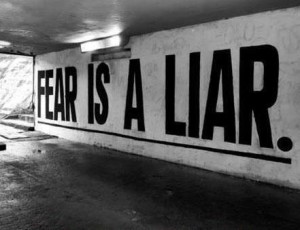 Hasn’t it been a crazy week? First we were rocked as a nation by the bombing at the Boston Marathon and then the explosion of the fertilizer plant in Texas.  It seems like everywhere you go people are talking about one situation or the other.  Facebook has blown up with posts.  Some have been news stories and others have been declaration so of prayer for the victims of either catastrophe.  As a nation, we’ve felt raw this week.

I came across a video clip of the explosion in Texas.  It was taken by a man on his cellphone.  He was sitting in his car with his child, it sounded like a young daughter based on the voice.  They were originally filming the fire at the plant.  From the vantage point of the video, they appeared to be a good distance away.  Who knows why he was filming it.  Maybe he wanted to post it on Facebook or give it to the local news, but one thing is certain, he wasn’t expecting what he got.

When the plant exploded the force was so powerful it shook his vehicle causing him to drop his phone.  Things went black on the video for a little while, but you could still hear the conversation going on between him and his daughter. Over and over she cried out,

Her daddy didn’t address the fact that she couldn’t hear.  He simply jumped into protective mode, started his car and got the heck out of Dodge as the saying goes. Even when she couldn’t hear him, she was able to trust him to take care of her.

I watched the video multiple times because while I was curious about the explosion, I felt like the Lord was speaking a louder message to me. I pondered it all day yesterday.

For you did not receive a spirit that makes you a slave again to fear, but you received the Spirit of sonship. And by Him we cry, “Abba, Father.” The Spirit Himself testifies with our spirit that we are God’s children. Now if we are children, then we are heirs– heirs of God and co-heirs with Christ, if indeed we share in His sufferings in order that we may also share in His glory.”

We don’t have to be a slave to fear anymore because of Who our Daddy is.  He’s got us.  We’re His and He will protect us.  He promises never to leave us nor forsake us [Deuteronomy 31:6, 8].  We need not fear, no matter what our circumstances look like, because God is still on the throne and He protects His own.

God speaks to us in the still, small voice we hear in our spirit. In order to hear it, we either need to remove ourselves from the chaos, or we need to become so familiar with it that we can pick it out in the midst of chaos.  The later only comes from spending time with Him daily so you become as familiar with His voice as you are your own, then you can pick it out from all the noise.

How have you responded to the chaos of the week?  Has it caused fear to rise up in you and send you into hiding or has it caused you to run to the Father in prayer for your next assignment? 2 Timothy 1:7 says,

For God hath not given us the spirit of fear; but of power, and of love, and of a sound mind.”

Rest in that knowledge today.