When a nightmare becomes a reality……. 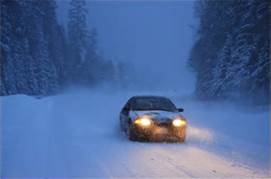 When was the last time you had a bad dream? Was it as a child or recently?  Last night I had a very vivid nightmare.  I dreamed that I was a trafficking victim.

It was the middle of winter and we were in a horrible snow storm.  People were encouraged to stay off the roads for fear of accidents.  My pimp sent me outside without a coat to be picked up by a john. He pulled up, I climbed in the car, and we started to drive.  He didn’t say anything to me other than, “We’re going to have a good time tonight.”  My skin began to crawl. I wanted to be anywhere else but there. I tried to focus on the snow falling.  It seemed so peaceful and white, pure. I, on the other hand, was the polar opposite; panicked, dirty, used.

When we arrived at the hotel, he opened the door to a room full of men. I knew I wouldn’t survive if I went in the room. I spun around and got mouthy demanding an explanation.  I told him, “Daddy won’t like this one bit.  I have to call him first. We have to negotiate a new price or he’ll have my head and yours too.”  I stormed down the sidewalk knowing my pimp wouldn’t care.  I pulled out a cellphone and called 911 pretending to call my pimp.  I kept screaming in the phone, describing the situation as if my pimp was on the other line.  I was told a car would be there in a few minutes.  The police car pulled in the parking lot.  When I looked up, the john was nowhere to be found. I woke up, shaking.  It was just a dream. I was safe in my own bed. It wasn’t real.

Yet, it is real.  It happens all the time, but usually it’s worse.  More often than not, the victims do not have cellphones, their pimps wouldn’t care and the police wouldn’t be there in two minutes time. The reality is, the victim would have been forced in the room and used over and over by the men who had been waiting for her, without regard for her at all.

How?  How will this come to an end?  It will only end when the people of God rise up and become the voice of God.  Just as Moses stood boldly before Pharaoh and declared,

over and over again in Exodus 5:1, 7:16, 8:1, 8:20, 8:21, 9:1, 9:13, and 10:3, we must take a stand and demand freedom for the captives of modern day slavery. Women and children are being beaten and brutalized day in and day out.  We cannot just stand by and allow it to continue.  We must stand up and speak up for those who cannot speak for themselves [Proverbs 31:8].  They are depending on us. God is depending on us.  We are His SEAL team.  We must fight and keep on fighting until the captives are free.

The Spirit of the Sovereign LORD is on me, because the LORD has anointed me to preach good news to the poor. He has sent me to bind up the brokenhearted, to proclaim freedom for the captives and release from darkness for the prisoners, to proclaim the year of the LORD’s favor and the day of vengeance of our God, to comfort all who mourn, and provide for those who grieve in Zion– to bestow on them a crown of beauty instead of ashes, the oil of gladness instead of mourning, and a garment of praise instead of a spirit of despair. They will be called oaks of righteousness, a planting of the LORD for the display of his splendor. They will rebuild the ancient ruins and restore the places long devastated; they will renew the ruined cities that have been devastated for generations. [Isaiah 61:1-4]

Are you standing? Are you speaking out? If not you, then who?