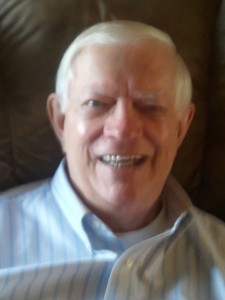 Don’t you just love it when a baby is born?  It is as if the Lord speaks in an audible voice saying, “Life should continue.”  My brother and his wife just had their third child, a beautiful, baby boy.  They named him Jacob.

In Biblical times, names carried meaning to them.  In Genesis 17:5, God changes Abram’s name to Abraham because it meant father of many nations.  In Genesis 16:11 Hagar was told to name her son Ishmael “for the LORD has heard of your misery.”  In Genesis 32:8, God changes Jacob’s name to Israel.  1 Samuel 25:25 tells of a man named Nabal, which meant fool and he was one.  I wouldn’t recommend that name to you if you’re pregnant.

When we accept Christ as Lord and Savior, we take on His name.

We are referred to by the world as Christians or Christ ones because we are in His family [Acts 11:26].  He refers to us as His children in John 1:12; 1 John 3:1; and 1 John 3:10.  In 2 Chronicles 7:14 He refers to us as those called by His name.  When we come into a personal relationship with Christ, we carry His name and we represent Him wherever we go and whatever we do.

When I speak to teenagers I tell them,

Wherever you go and whatever you do, you are a witness for Christ.  You can choose to be a good witness or a bad witness, but you are always a witness. “

How about you?  What kind of a witness are you?  Do you make your Father’s name proud or do you try and hide who you are like Peter did [Luke 22:57].

Wear your Father’s name proudly and represent Him with the honor and glory He is due.  Saying you’re a Christian isn’t just a religious preference.  It means something.

What does it mean to you to carry your Father’s name?