Be alert! It’s happening at home too. 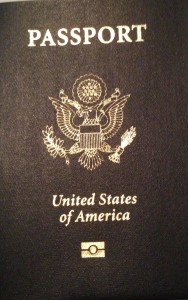 Have you ever been on a mission trip? There’s usually a lot of preparation that takes place before the trip: personal prayer, fasting, building a prayer covering, as well as buying and packing supplies.

A friend of mine’s daughter went to Kenya a year ago. They spent months and months preparing her and preparing their hearts; praying over her for protection, provision and to be used by God in mighty ways.  This year their daughter chose to go on a domestic mission trip to Miami where she’s working in the red light district, pouring into children and youth in areas that are heavily trolled by traffickers looking for their next victim.

I’ve committed to pray for this young lady, so I called her mom to check in and see how things were going.  I was surprised by what she had to say,

I’ve been convicted.  I prayed for her and prepared her for Africa, but not as much for Miami.”

She went on to tell me how she had hadn’t equated the trip as the same because it was in America; therefore, she hadn’t invested the prayer cover or preparation with her daughter as she had the year before.  The result: her daughter was anxious and uneasy.  Trying to encourage her daughter, she said,

The same God who took care of you in Africa will take care of you in Miami.  He’s there too, but so is Satan.  Listen to what God’s telling you, not Satan.”

So many times we look overseas for the big problems, the real evil, yet it exists everywhere.  When it comes to sex trafficking, we look to Thailand, Cambodia or India, yet we need to recognize that according to Shared Hope International,

Satan isn’t just running ramped overseas.  He’s having a hay day right here in the United States of America and we need to open our eyes and begin looking for the crime hidden in plain sight.

How are you doing that? As author of Rescuing Hope, A Story of Sex Trafficking in America, I know everyone isn’t called to write a book, but I do believe everyone is called to do something. Need ideas? Click here. A seventeen year old is investing her life in the lives of others living in the red light district. What is one tangible thing you will commit to do today to join the fight? This isn’t a rhetorical question.  How will you engage in the fight?

That isn’t just happening overseas, but across the street, in your backyard. We’re commanded to be aware, be alert, and speak up. How will you do so?