It means as much to Him as it does you! 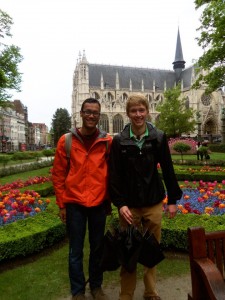 Sam and Jacob in Brussels

Recently, I’ve come to understand not only what time spent with the Father means to me, but also to Him.

My son, Sam, has been in Europe this summer studying abroad.  It has been an amazing opportunity for him to learn about different cultures, their governments, and how various European countries have had impact on our own.

My history buff has been blown away as he’s stood on the beaches of Normandy, jogged under the Eiffell Tower and walked through the gates of Auschwitz.  It has been the opportunity of a lifetime; however, he has also missed home.  He’s missed the interaction with his family and friends.  He’s living in a foreign land, trying to navigate his way through situations and circumstances without anyone else in the family there and at times, he’s found it difficult.

From my perspective, he’s been absent.  I’ve had occasional phone calls, text messages, emails and even time on Skype, but it’s not the same as having him physically in my presence. I’ve missed our lengthy conversations, the natural bantering that takes place between us when we hang out.  I’ve simply missed him. 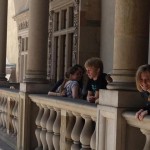 As I prayed for him this morning, sharing my longing with the Lord, I heard Him say,

Susan, that’s how I feel when you allow too much time to pass before you come to Me.  I miss you. I miss the natural flow of conversation that takes place between us.  I miss the intimacy. I miss you.”

God is relational and He created us to be the same [Genesis 1:26].  He desires for us to meet with Him on a regular basis, to build that relationship [John 17:21]. We are foreigners on this earth.  It is not our home but we are having to navigate our way through it [1 Peter 2:11].

Sam runs into situations from time to time that he doesn’t know how to handle, so he calls or Skypes with us to talk through the situation and weigh his options.  He could do that with someone else, but he chooses to seek our counsel because it matters to him.  It carries the most weight in his decision making process, even today. It’s because he knows we love him and we have his best interests, even if he doesn’t like what we tell him to do. He knows he can trust us.

Who do you seek out when you are faced with difficult situations?  Who do you run to for advice?

Your Father is always able and willing [Hebrews 7:25]. You don’t have to be in a Wifi area to communicate with Him.  There’s always a strong signal [Jeremiah 33:3].  You don’t have to worry about time differences.  He never sleeps nor slumbers [Psalm 121:3]. Run to Him, because it means just as much to Him as it does to you.