Is God dead or alive? 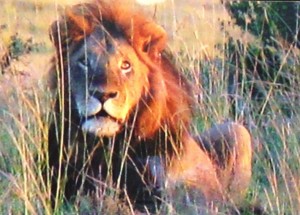 Have you heard the song, God’s Not Dead, by the Newboys?  It was written by my worship pastor, Daniel Bashta.  The song is originally titled Like a Lion, and was first released by David Crowder. While both the Newsboys and David Crowder have made the song popular among music listeners, you’ve never really heard the song as it was intended until you hear Daniel Bashta sing it live.  It’s far more rocking and less subdued than Crowder did it and far less pop music than the Newsboys.  If you ever have the opportunity to hear Daniel play it live, you’ll see what I mean.

Today, I was scrolling down my Facebook newsfeed and saw there is a movie titled, God’s Not Dead, that will be released in the spring of 2014.  You can see the trailer here:

God has taken the song He birthed in Daniel to a whole new level through releasing its message not just through two other artists, but through a movie.

He lives inside of each of us and we are His hands an feet to a hurting world. Matthew 25:40 says,

The King will reply, ‘I tell you the truth, whatever you did for one of the least of these brothers of mine, you did for Me.'”

So many people like to use the trouble and hardships in this world as proof that God is dead, that He doesn’t exist, but He does.  For reasons you and I cannot even begin to comprehend, God has chosen to work in and through us to minister to a lost and hurting world.  He commands us in Matthew 28:19-20,

Go therefore and make disciples of all the nations, baptizing them in the name of the Father and the Son and the Holy Spirit, teaching them to observe all that I commanded you; and lo, I am with you always, even to the end of the age.”

We are called to be carriers of hope, grace, love, and mercy to those who need it.  We’re called to let our light shine before men, the light of Christ in us [Matthew 5:16].  There’s another song of Daniel’s we often sing in church, Unlock My Roar, where the lyrics say,

I am Jesus to this city

I am Jesus to this city

I am Jesus to this nation

Jesus to the world

The premise is we are to be Jesus with skin on to those in our sphere of influence, whether you’re in a corporate office, wiping dirty bottoms or walking along beside a survivor of sex trafficking in treatment.  In many cases, our lives may be the only Gospel someone reads.  If we are living as Christ called us to live, we will point them to Jesus without having to preach a sermon.

Satan would love for the world today to buy into the message that God is dead.  It would make his job so much easier if they did [John 10:10].  God’s counting on us to spread His message.  Not only is He alive and well, but He has a great desire to know them personally and help them through their difficulties in this life [Psalm 23:4].

How does your life testify to the fact that God is NOT dead? What is something you can do today to help spread that message?