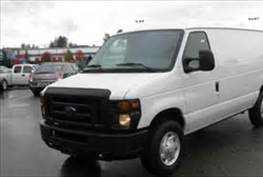 Do you think you could pick a pimp out of a crowd? Not if you’re looking for a guy in a big fuzzy hat with a loud colored suit on driving a jacked-up car with dice hanging from his rear-view mirror.  The picture from the 1970’s television sitcom is what many people still carry around in their minds for a pimp.

Today’s pimp is smart, savvy and most likely well networked.

Human trafficking is the fastest growing criminal industry in the world today.  It is lucrative, hard to track and difficult to bust because there is very little paper trail left behind.  It is a cellphone, internet, cash business that generates billions of dollars and it can literally be set up anywhere in the world.

So where does the modern day pimp hang out? Wherever you do.

They can be found in the malls and shopping centers, at sporting events, and even in neighborhoods in quiet suburbia.  It is up to us to educate ourselves and be as savvy as the pimps are in order to protect those we love and eradicate this evil from our world.

I talked with one survivor’s family who told me she was a sweet girl.  I’ll call her Hope. She didn’t go looking for trouble. She didn’t sneak out of the house or go off with questionable friends.  All Hope did was walk home from the bus stop.

Hope’s school system, like many others, went to central bus stops to save gas money, which meant she and her classmates could have to walk up to a mile from the bus stop to get home.  Unfortunately, the students weren’t the only ones aware of this change in policy.  A pimp became aware of it and used it to his advantage.

He got a white van, similar to that of a plumber, painter, or roofer, and parked it in a subdivision at the end of the school day.  He watched the flow of bus traffic, noting who had to walk alone for any amount of time.  When he realized Hope had to walk a quarter of a mile on her own, he positioned his van along that part of her route a few days later.  As she approached, he got out of the van as if to remove a tool from the back of it, grabbed her, duct taped her mouth and taped hands behind her back, threw her in the back of the van and drove right past her classmates. She was gone.  Hope was trafficked for three years before she escaped.

I am sending you out like sheep among wolves. Therefore be as shrewd as snakes and as innocent as doves.”

Now hear me clearly.  I’m not saying Hope did anything wrong.  She never asked to be trafficked.  She was simply walking home from the bus stop; however, there were some things she could have done differently if she’d been aware of how shrewd today’s pimps are at their game.

We have to make ourselves aware of our surroundings and act upon anything suspicious.  As the saying goes, better safe than sorry.  So, I’m asking you, what are some things Hope could have done to make herself a less likely target?  Post them here and let’s see if we can learn from one another.