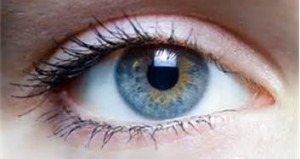 Do you watch movies? I love a good movie, but I avoid horror movies.  I just don’t like paying good money to be scared half to death. I see no purpose in it.  Now I can go for a good action movie or suspense thriller any day like the Bourne Supremacy, Taken, or Red. While I enjoy them, they tend to get my heart racing at times. Have you ever wondered why?  Have you ever asked yourself why you lean forward in a theater to get a better look?

I remember being in fifth grade when the fire lady  (That’s what we called her.  She was most likely a fire fighter, but to our fifth grade class, she was the fire lady) came to class and showed us a movie about fire safety.  The little girl was about to open the door to her hallway without testing it and there was a raging fire on the other side.  I screamed out loud, “Stop! Don’t do it!” I guess you could say I was into the movie.  I didn’t live that down the rest of fifth grade. Why did I do that? Why was my heart racing to the point I had to scream?

Dr. Sharon Cooper, developmental and forensic pediatrician said there is now scientific evidence that states our bodies respond to things we view as if we were taking part of what we’re watching due to mirror neurons. In other words, it’s like we’re a experiencing the movie or video we’re watching. How ironic? I’ve heard that somewhere before, and most likely you have too.

You have heard that it was said, ‘Do not commit adultery.’ But I tell you that anyone who looks at a woman lustfully has already committed adultery with her in his heart.”

The Message translation puts it this way,

You know the next commandment pretty well, too: ‘Don’t go to bed with another’s spouse.’ But don’t think you’ve preserved your virtue simply by staying out of bed. Your heart can be corrupted by lust even quicker than your body. Those leering looks you think nobody notices- they also corrupt.

In other words, what you look at matters.  It impacts you!  Let me say that again, because I don’t want you to miss it:

What you look at matters. It impacts you!

This is why Paul tells the Philippians in 4:8,

He understood the way the mind worked and how what we focused our attention on would impact the heart.

The things we view or read influence us. That is why the objectification of women in some television programs and movies is so dangerous for us to view.  It desensitizes us to it and shapes the way we view things outside of television and movies. This is the very reason pornography is so dangerous and addictive. When doing my research for Rescuing Hope I watched multiple documentaries where those who purchase sex with children (johns) were interviewed.  Every one said “it all started with pornography.”  First they viewed the divergent behavior but eventually, it wasn’t enough just to see it; they had to act upon it.

What types of television programs and movies do you view? Do they objectify women and children? Are they casual about sex? You can be part of the problem or part of the solution.  You have to choose.