What do you crave? 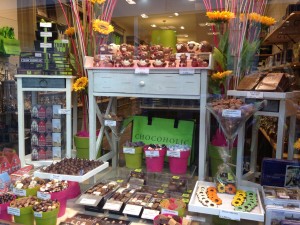 What do you crave?  A craving, as far as food is concerned, is an intense desire to consume something , which is stronger than basic hunger. Are you a salty or sweet person?  I love a good box of popcorn at the movies or some salty chips with homemade guacamole, but typically speaking, I’m a sweets girl.  In fact, instead of having a sweet tooth, I think I have sweet teeth. Ever since I had Belgium chocolate, I’ve been craving it. My motto is,

Why not start with dessert?

I know parents who chose not to allow their children to have sugar in their diet the first year of life so they wouldn’t develop a taste for it, thus crave it.  They believe you can only crave what you’ve tasted.  If you don’t know what something tastes like, then you don’t know if you want it or not, but once you’ve had it, it can become a craving or even an addiction. 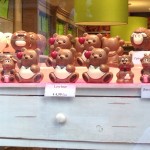 Taste and see that the LORD is good; blessed is the man who takes refuge in Him.”

Once we’ve encountered the Lord, tasted His goodness, we will never be satisfied with anything else. We’ve all tried to find satisfaction in a variety of things such as friendships, works, drugs, alcohol, sex, work, money, and the list goes on.  Nothing else will satisfy the hunger for the Lord. He created us for relationship with Him [Genesis 1:26].

You open Your hand and satisfy the desires of every living thing.”