How did you respond when you heard? 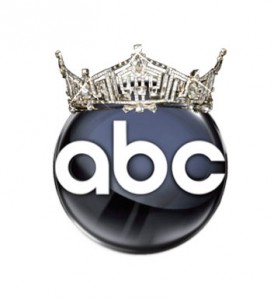 Did you watch the Miss America Pageant on Sunday night?  I did not, but I have heard a lot about it since then.  There has been a lot of chatter on Twitter, Facebook, and in the media about the winner.

Why is Miss America gaining so much attention on social media and in the news, when in years past there has been little discussion afterwards? Not because of anything the winner has done, rather because of who she is.

winner of the Miss America Pageant and that threw some people into a fit, because she is from Indian decent. There has been an onslaught of racial comments across cyberspace it about because she is Indian, even though she was born and raised in the United States and is a US citizen.

It breaks my heart that this young lady cannot enjoy her moment because of the haters who have been spewing things about her as if they knew her personally. That is nothing but fear acting out in the form of criticism. Fortunately, for Nina and those young girls watching, she has chosen to rise above it and keep moving forward, at least in the public eye. Yet, we know the power of words.

The tongue has the power of life and death, and those who love it will eat its fruit.”

Those who are spewing hateful comments over cyberspace and in their sphere of influence may never see their words hit their mark, but God does.  He sees it all.  There’s nothing hidden from Him [Hebrews 4:13]. One day, they will answer for those words spoken about Nina Davuluri, even if Nina never heard them.

Now before we all get high and mighty, myself included, and point our fingers at those people who have spoken poorly of her because of her heritage, we need to take a good look at ourselves.

How many of us spew unkind, hurtful words to others, especially when they can’t hear us and retaliate?

Am I the only one out here flapping in the wind, or are you guilty of these things from time to time also? We could probably think of other situations to add to the list.

We all need to realize the power we unleash with our words and use them to edify, build up and promote instead of tear down, criticize and destroy.

Reckless words pierce like a sword, but the tongue of the wise brings healing.”

With the tongue we praise our Lord and Father, and with it we curse men, who have been made in God’s likeness.”

May we bring healing with our words to those we encounter in our day, even those who may not hear what we say, because ultimately, the words we speak impact us as well [James 3:6].

What is one way you can do to change the way you speak to and about others? Need ideas.  Grab a copy of Annie F. Down‘s new book, Speak Love.  It is full of fabulous ideas of how to speak to others in love and wipe out the mean girl mentality.