Will we learn from history or choose to look the other way? 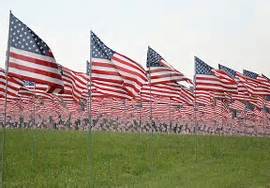 Do you remember where you were? It’s the question everyone asks on this solemn day. People you don’t even know will strike up a conversation with you about where you were on September 11th. It’s one of those days we will never forget as long as we live, like those who were alive when Pearl Harbor was bombed. It was a time when the safety we all felt on our home turf was breached.

We had never considered anyone would be bold enough to cross our borders and do harm to our citizens. We were comfortable and as a result, we were vulnerable and didn’t even realize it.

Evil came, lives were lost and our nation has never been the same.

Reflecting and remembering is part of the healing process, but we also need to learn from it. We need to become more alert, more aware.  Learn from our past and protect our future.

Evil has come knocking on our door again, on our soil. What are we going to do about it? Will we rise up as a nation and say, “Not on my watch” and do something about it? Or will we choose to go about our daily tasks with our fingers in our ears, avoiding the reality that our children are being stripped of their childhoods and becoming one man’s pleasure and another man’s ATM?

It’s time to be brave for those who aren’t free because we’re all entitled to our freedom.

No human being, especially a child, should be for sale. So, I ask you, what are you going to do about it?

You may choose to look the other way but you can never again say you did not know.”