From Prostitute to Preacher 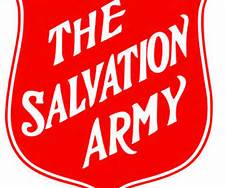 Have you already seen Christmas decorations out in the stores? It blows my mind by how quickly retailers rush us through the holidays. It isn’t even Halloween yet and the Christmas decor seems to be in many retail stores.

I can’t think about Christmas without thinking about the Salvation Army Bell Ringers.  Have you ever wondered what happens to the money you give, where it goes? Well, yesterday I had the privilege to tour Salvation Army’s Ray and Joan Kroc Corps Community Center. It was a stunning facility established to minister to a community of people in need. 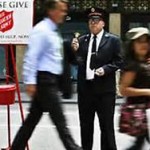 While the facility was impressive, the reason for my visit was to learn more about Haven ATL, a Salvation Army program that ministers to victims of commercial sexual exploitation. The director of the program, Hillary DeJarnett, gave me a tour, shared all of the services they offer the ladies and then invited me to stay for lunch and Bible study with the ladies. While the group varies, there were about twenty-five women there yesterday. They came out to support one of their own, Cory, who was sharing her testimony with everyone.

Cory is a woman of great strength. I can say with certainty that when her feet hit the floor, the devil says, Oh, no, she’s up! She did not have an easy life and found herself trapped in addiction and the commercial sex trade; however, she didn’t make excuses. She said she knew God and He spoke to her, but she didn’t always listen. The enemy wanted her to believe she’d never be anything more than a prostitute, but God knew He created her to be a preacher of the Word. With more passion than a television evangelist, Cory said,

She went on to share how she wrestled with the Lord in the pigpen before she was free from all that bound her. When she finally surrendered, He was right there to rescue her and make her as white as snow [Psalm 51:7]. He is the Father who is always looking for the lost sheep [Luke 15:4-6; 11-24]. She ended by saying,

I’ll share my story. I don’t mind, because my past does not dictate my future.”

Cory is one of my heroes. She refuses to be held down, held back, or held up by the enemy anymore. She serves an audience of One and she does so with the power and strength that raised Jesus from the dead. She freely shares her story in the hope that someone will reach up and take hold of it for themselves.

Are you sitting in a pigpen right now? Maybe not sitting in it, but still have some mud on you? You don’t have to stay there.  There’s a way out. Cry out to the One who can cleanse you.

If you’re in a good place right now, like my new friend, Cory, then help others any way you can. And this Christmas season, when you see the bell ringers out with the red pails collecting for the Salvation Army, please give.  It’s because of the gifts of many that a woman named Cory shared a story with a room full of women, priming the pump for the next Cory to rise up out of the mire and walk into her destiny. Just think, you could be a part of it.