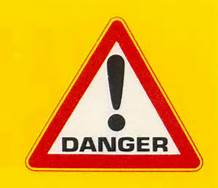 Do you have your cellphone set up to receive Amber Alerts? Everyone in our family does so last night as we were watching television it sounded like an air raid going off in our house when an Amber Alert went off.  My husband’s and daughter’s cellphones went off in the den while mine went off in the kitchen only to be followed by the alarm on the television. It definitely got our attention.

A 14 year old female was allegedly taken from her home at 1 a.m. Wednesday morning by a 20 year old male. It was reported they were likely traveling in a white Range Rover. Obviously, my mind went into high gear. When does a 14 year old and a 20 year old leaving a house together at 1 a.m. sound like a good plan?

I posted the information on Facebook and Twitter to try and help spread the word. Several people commented on the post, but my favorite post came about an hour later when a friend posted the young lady had been found safe in a hotel in Macon, Georgia, which is approximately 2-3 hours from her home.  A concerned citizen heard the Amber Alert and called 911 when the vehicle was spotted. Needless to say, there is no good reason for a 14 year old girl and a 20 year old man to be in a hotel room together, whether by choice or force.

I am not saying this is a trafficking case; however, based on what we know about sex trafficking, the young lady may have been mentally manipulated into going with the man even if she wasn’t physically forced. It is important for parents to talk about the issue of trafficking with their children,. As we educate them on the techniques pimps have been known to use we give them tools to see danger before it’s too late. If you’re not sure where to start, you can click here.

Someone is going to steal your child’s innocence. It can be you, who will do so in a safe environment where questions can be answered and the message is delivered out of love and concern or it can be someone else, who does so on their terms where you have no control over it and cannot protect your child from the way it is delivered. Either way, they will lose their innocence. Which one do you choose?”

While we may never know the circumstances surrounding the disappearance and return of 14 year old Amber Harrison, we can use her story as an opportunity to begin conversations with our children about the dangers out there and how to better equip themselves to avoid them.

The dangers are real and won’t go away because they’re uncomfortable to talk about. We don’t need our children to be freaked out by them, but we do need them to be aware in order to better protect themselves.

Be self-controlled and alert. Your enemy the devil prowls around like a roaring lion looking for someone to devour.

Will you talk with the teens you love about this issue? If so, how? Let’s help one another out by sharing ideas here.