How could this possibly happen? 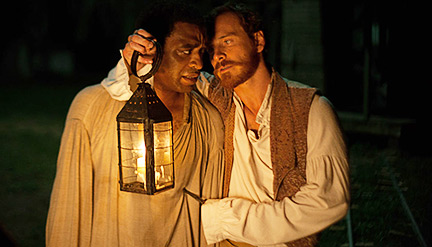 Have you seen the trailer for the new movie, 12 Years A Slave?  The movie is based on a powerful true story of Solomon Northup, a talented violinist who was a free man lured falsely from his family and home under the guise of employment only to be locked in the bonds of slavery.  You can watch the trailer here: [youtube]http://youtu.be/NYYtS9KSWNg[/youtube]

During Solomon Northup’s lifetime, men and women were abducted in Africa, stripped from their country and brought to America, and many other nations, and sold into slavery. They were viewed as property, not people. Their children were born into slavery. And while some African Americans were given their freedom, there were people who didn’t believe freeing slaves was right or necessary. Those people would entrap free men and women using any method or means they deemed necessary and work them like dogs, using violence and the threat of death to keep them in their place.

The Emancipation Proclamation was signed 150 years ago, bringing slavery in America to an end.  Or did it?

Today, there are more slaves in the known world than any other time in history, even in America.

It is referred to as Modern Day Slavery, although the techniques of acquiring slaves, demoralizing them and threatening them with their very lives hasn’t changed in centuries. The Center for Missing and Exploited Children estimates there are 100,000 children being trafficked in the United States today and over 300,000 children are at risk of being trafficked on any given day.

The victims are taken into slavery by force, fraud or coercion. The traffickers aren’t stupid, in fact, they’re quite savvy. Many operate multilevel operations using people to act as lures to take an unsuspecting victim from the safety of their home to the pit of hell under false pretense, just like in Solomon Northup’s case.

Unlike the 1800s, the slave trade of today is not a respecter of persons. Any race, color, or creed is at risk of becoming the next victim. It doesn’t matter who you know or the size of your bank account. Traffickers view people as products, an item to trade for money.

When they look at a person, they see dollar signs.

In 12 Years A Slave, one of the characters uses Scripture to justify what he’s doing. Scripture does speak about slaves and masters, but let me be clear on this, Scripture speaks of a lot of things that took place in the culture and age the Word was transcribe; however, just because it speaks of it does not mean the Lord endorses it or condones it. We can read about adultery, murder, rape, and incest too, but the Lord is clear in His Word that He values the sanctity of life. He’s clear on how we are to treat one another.

That’s pretty clear. There’s no room for interpretation. We are all created in God’s image [Genesis 1:26]. We all have value and purpose.

But if anyone causes one of these little ones who believes in me to sin, it would be better for him to have a large milestone hung around his neck and to be drowned in the depths of the sea. ‘Woe to the world because of the things that cause people to sin! Such things must come, but woe to the man through whom they come!'”

It has been said in any given situation, you are either part of the problem or part of the solution. To know this is taking place and do nothing about it is to condone it. Abolitionist William Wilberforce once said,

You may choose to look the other way but you can never say again that you did not know.”

What will you do to be a part of this evil taking place against the helpless. Will you raise your voice for hope?

*Tonight there will be Human Trafficking and Networking Event at Due West United Methodist Church in Marietta, Georgia. Doors open at 6:45 p.m. Many front line organizations in the Metro Atlanta area, such as Out of Darkness, Salvation Army and Not For Sale, will be there to help educate you on the issue and offer you opportunities to join the fight. Admission is free, but a love offering for these organizations will be taken.