Is there really a choice? 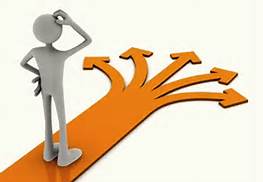 What are your thoughts on pornography and prostitution? Do you believe women choose to pursue either? I’m sure you’re pretty clear on my opinion on the issue after spending over three years working with survivors of sex trafficking. Shared Hope International defines sex trafficking as:

The recruitment, harboring, transportation, provision, or obtaining of a person for the purpose of a commercial sex act where such an act is induced by force, fraud, or coercion, or in which the person induced to perform such act has not attained 18 years of age.”

I have had countless conversations with people on the topic and it never ceases to amaze me when someone says something like, “But what about the ones who choose to prostitute themselves?” I have talked with more victims than I can count and I’ve never had a single girl or women tell me they signed up to be raped for pay ten to thirty times a night. It breaks my heart to think anyone would assume someone would choose to be violated, beat, abused, used, and then cast aside.

Now, I don’t disagree that there are those who fail to self identify as a victim. It is because they’ve been brainwashed and mentally manipulated over time to spit out a script almost like an actor or actress. Getting their lines correct is critical to their survival, and I’m not talking about being cut from a role on a sitcom.  I mean, their ability to sell the story they’ve memorized determines whether they will be beat, be fed, or in some cases live another day. Victims have been drilled beyond measure to trust no one, especially the police.

“There would be a breaking process…. We would offer drugs because that would start numbing their soul against what was about to happen. “

The women are told,

We’re watching you. Act like you want to be here.  You need to make X amount of dollars. If you don’t, we’re going to beat you.”

Have you ever wondered what God has to say on the issue? After all, rape takes place in the Bible, so doesn’t that imply He expects it to happen? So many times, we confuse the Word of God reporting something that took place with God condoning an act. That’s why it is so critical to seek the full counsel of the Word of God and by doing so, we get to know the character of God.  Then, and only then, can we discern what the Lord is saying to us.

It is God’s will that you should be sanctified; that you should avoid sexual immorality; that each of you should learn to control your own body in a way that is holy and honorable, not in passionate lusts like the pagans, who do not know God; and that in this matter o one should wrong or take advantage of a brother or sister. The Lord will punish all those who commit such sins, as we told you and warned you before.”

That’s pretty black and white to me. I’d love to hear your thoughts. What do you think? Do women choose to be prostitutes? How does God feel about them and those who partake of their services?