Do you have a tattoo? They seem to have become the rage these days. Friends of mine of all ages have recently gotten a tattoos.  I’ve seen giant crosses, lions, and the words hope and joy lately. Some people have tattoos in Hebrew or other languages.

As I’ve shared in the past, I’ll strike up a conversation with anyone and ask them almost anything. I always find it interesting to ask people the story behind their tattoo. Even those that weren’t well thought out when they were done seem to have a story behind them.

Unfortunately, not all tattoos you see out there were by choice and the story behind them may be 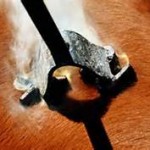 gut wrenching to hear. In the sex trade, it is very common, if not the norm, for pimps to tattoo their girls with a symbol or their name as a form of branding. That’s right, people in this country are being branded like cattle as a symbol of ownership. 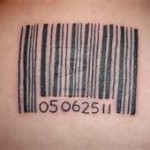 One detective interviewed said the latest craze is to have a bar code tattooed on a girl, the same type of bar code used for products that sit on the shelves in our stores. How much more demeaning can someone get? Unfortunately, it happens every day. The popular places for branding tattoos are the back of the neck, the inside of the wrist or the side of the neck, all very sensitive areas causing extreme pain when tattooed there. It is another way of welding control over their victims.

Fortunately, the tattoos can be used to lead detectives to pimps. When a group of women are arrested or rescued and they all bear the same or similar tattoo, it doesn’t take much for the officers to figure out they’re dealing with a trafficking ring.

One organization, Ink 180, was established by a youth leader who also happened to be a tattoo artist. He removes tattoos or reworks tattoos of victims of trafficking, gang activity, and other dark industries that brand their members/victims. If you ask the founder, Chris Baker, about his work, he would tell you he is taking something he already does and is simply using it to help those who have been victimized.

Chris didn’t say, “I’m not qualified,” or “I don’t have any special training to work with victims of sex trafficking.” He just offered the skills he had to the fight and stepped in where he fit, where it made sense. He did for others what he would want done for him if the shoe was on the other foot [Matthew 7:12]. Chris partners with law enforcement to assist victims with reclaiming their lives.

What gifts and talents to you already have? Maybe it isn’t an art form, but maybe you love to bake cookies. So, volunteer at one of the safe houses or treatment facilities and bake cookies with the young ladies who are in treatment. Many of them never had someone take the time to do such things with them before. Are you an accountant? Great! Volunteer to teach survivors how to balance a checkbook or set a budget as they’re about to leave a treatment program and have to live life in the real world again.

What you have to offer isn’t the important thing here. That you’re willing is what’s critical. If you’re willing, imagine what God can do with what you bring.  He fed over five thousand people from one little boy’s lunch freely offered to Him.  Nothing special, just five loaves of bread (rolls really) and two fish [John 6:1-13].

What are you willing to give to Jesus so you can be part of a miracle?