Which way will you go? 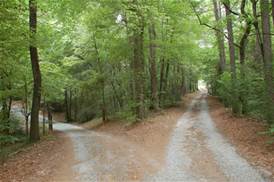 Do you like a game plan? Do you like to know where things are going and what’s coming next? It has been said,

If you fail to plan, you plan to fail.”

Right now there’s a lot of planning going on in my house. My daughter is a senior, so she’s in the midst of college applications, scholarship applications, etc. My son, who is a sophomore at Georgia Tech, is also filling out applications; however, his happen to be for summer internships. If you’ve ever applied to either, you know it can be a very stressful process. They’re searching for dates things were accomplished, securing references, and so on. They each have their hearts set on a certain outcome. Today as I prayed for them, I asked God to open their eyes and their hearts to His plan instead of trying to convince Him to bless theirs.

For I know the plans I have for you,” declares the LORD, “plans to prosper you and not to harm you, plans to give you hope and a future.”

Not only does God have plans for us, but His plans are good for us. They won’t bring us harm. He has seen them play out from every vantage point- past, present and future- and He knows they will not harm us. We can’t always say the same about our plans. We hope they’ll play out a certain way, but we never know for certain. It’s a 50/50 guess, at best.

How do you tackle life when the time comes to make a decision about the direction you’ll go? Do you make a list of pros and cons for the various choices then go with your gut? Or do you take a blank piece of paper before the Lord and set the pen down, inviting Him to write the game plan for you?

I would love nothing better than to tell you’ve I’ve done the later every time and it always works out brilliantly; however, if I’m honest, I’d have to say I’ve done it both ways. The later most certainly works better and there’s a lot less collateral damage to me and my heart than if I go my own way.

God is a gentleman. He knows what is best for us, yet He waits patiently for us to ask Him. He will never force His opinion upon us. He’ll allow us to go our own way until we simply can’t take it anymore and come crying back to Him, asking Him to fix it. His patience is astounding.

So, what do you do when there’s a fork in the road? Make your best guess or go to the One who created the road and ask Him for direction? His way isn’t necessarily easier.  In fact, in some cases, it’s harder, but it’s always, always, always better.

Which way are you going today?