I finally went to jail……. 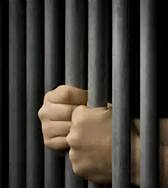 “Have you ever been to jail?” That was the question I asked my pastor two years ago when I was trying to find a way to visit a young woman charged with prostitution who called me. It’s much harder than you think to get into jail when you aren’t the one incarcerated.  However, yesterday, I made my first visit to the jail. The mother of a young inmate contacted me after reading Rescuing Hope to tell me,

I’m Amanda, Hope’s mother. My daughter is being prostituted.”

While every girl brought to my attention is heartbreaking, this one was especially so because I knew this Amanda and I knew this Hope.  In fact I’ve known them for over ten years.

This young Hope went to school with my children and attended our church. I saw her come through the doors of Fellowship of Christian Athletes (FCA) each week at the middle school. I talked with her and asked her about her day.

Walking into the visitor’s center of the jail, sitting at that kiosk picking up the telephone waiting for her face to appear on the screen was hard. Sex trafficking in America wasn’t a statistic anymore, it wasn’t even a face I met along the way, but it was a familiar face looking back at me on a screen with tears streaming down her face. It was Hope and I knew her.

How did it happen? How did a girl living in middle class America with loving parents end up on the street? How did a girl who attended church and some of the best schools in the system find herself locked up in the county jail? The same way it happens to every other victim. She was targeted by the enemy. 1 Peter 5:8 says,

This young girl wasn’t special to him. She was just his next victim, another notch in his victory belt. He is not a respecter of persons and he has very little criteria when looking for his next victim. If you’re living and breathing, you’re on his list. If you happen to be a Christian, then he has a star by your name because that’s a double victory in his book.  Not only does he destroy someone’s life, but he knocks one off the opposing team.

So what do we do about it? How do we fight back? By yielding. Now before you tell me I’m nuts, hear me out. We don’t yield to the enemy, we yield to the only One who can beat him, Jesus. Ephesians 6:10-18 states it clearly,

Finally, be strong in the Lord and in His mighty power. Put on the full armor of God so that you can take your stand against the devil’s schemes. For our struggle is not against flesh and blood, but against the rulers, against the authorities, against the powers of this dark world and against the spiritual forces of evil in the heavenly realms. Therefore put on the full armor of God, so that when the day of evil comes, you may be able to stand your ground, and after you have done everything, to stand. Stand firm then, with the belt of truth buckled around your waist, with the breastplate of righteousness in place, and with your feet fitted with the readiness that comes from the gospel of peace. In addition to all this, take up the shield of faith, with which you can extinguish all the flaming arrows of the evil one. Take the helmet of salvation and the sword of the Spirit, which is the word of God. And pray in the Spirit on all occasions with all kinds of prayers and requests. With this in mind, be alert and always keep on praying for all the saints.”

We put on the full armor of God and then take a stand against the enemy.  The Lord will do the fighting. We stand firm, equipped with His truth, and we pray. He slays the dragon and we get to watch. Sometimes He will use us to be the weapon He slays the dragon with and other times we simply get to watch it happen, but either way our role is clear. But on our armor each and every day so no matter what comes our way, we’re prepared.

So what about this precious one caught in the enemy’s web? What can be done for her? Well, while she’s no one special to the enemy, she is very precious to the Lord, and He has a plan for her [Jeremiah 29:11]. Isaiah 61 says we’re to set the captives free and release the prisoners from darkness. The only way to do that is to bring the in the light. We share the love of Jesus, without condemnation or finger pointing, and allow the Holy Spirit to do His work. We are His plan A and there is not plan B.

There are thousands and thousands of Hopes out there. Some are in captivity and some have yet to be taken, yet they’re vulnerable. They all need Jesus and He has called us to be His ambassadors [Acts 1:8, Ephesians 6:20]. What is one thing you can do to help? Please take a moment and leave a comment. Someone else may benefit from what you have to say.