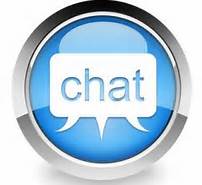 If you,’re like most people, you answered the last question with a resounding “No” because you don’t have consistent contact with over half of the people you’re connected with on social media. While social media is great, it allows us to communicate the same message to a lot of people at once, it gives us a false sense of relationships and connectedness, if that’s a word.

Just like many other things in the world, social media can lead to some dangerous situations. We have to be wise in our use of it. The enemy is constantly looking for ways to attack, so we must be ready [1 Peter 5:8]. In fact, Jesus warns in Matthew 10:16,

I am sending you out like sheep among wolves. Therefore be as shrewd as snakes and as innocent as doves.”

This past weekend I spent some time with a family who realized just how dangerous the internet can be. The family was referred to me to help them shed some light on a situation.  The young lady in the family had befriended a gentleman on the internet in a chat room and developed a relationship with him. It sounds harmless at first glance, but it wasn’t. This relationship began when she was only 14 years old and he was 21. RED FLAG!

For the past four years they’ve been communicating via the internet and eventually moved to texting. Now that she is 18 years old, he is trying to convince her to graduate early, leave her family and move across multiple states to live with him. There are many more details I cannot share but suffice it to say as the story unfolded I saw multiple red flags and heard warning bells going off at every turn. Because the young lady is 18 years old and can make her own decision, which she pointed out to her family regularly, they were at a loss.

The problem in this situation wasn’t that the young lady was throwing caution to the wind and ignoring the danger signs. The problem was she didn’t see the danger at all. She was uninformed. After a three hour conversation with her, educating her on sex trafficking and how pimps lure unsuspecting women into the trade, she came to the conclusion she would stay put. I hate to think of what could have happened to her.

It’s situations like this that drive me to constantly post articles about sex traffficking on my social media, to blog about it frequently and to speak about it. The enemy is counting on our ignorance on this issue and he’s been very successful because of it. We have to raise awareness. We must be like Joel sound the alarm [Joel 2:1].

So how does this apply to you? This family was introduced to me because their pastor learned of my ministry through a friend and coworker.

Who will you cross paths with today? Would you be willing to share with them what you’ve learned about the issue? You never know whose life you’ll be impacting.

Will you raise your voice for hope?

Go here to learn 10 Steps to Keeping You Safe.