Who are you going to believe? 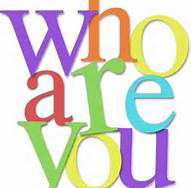 Do you have an older sibling? I’m blessed to have two brothers, one older and one younger. They’re a huge blessing to me.  Don’t tell them I said so, because they’d get a big head and that’s all I need. We had our moments growing up, but they were always there when I really needed them and the same is true today. I’ve learned a lot from both of them through the years.

One of the things my older brother taught me was what not to do. I’d see him get in trouble for certain things and knew I needed to avoid them. I remember actually pausing and telling myself,

Unfortunately, more times that not people don’t learn from the mistakes of others. It’s like we have to experience it for ourselves. Otherwise, we wouldn’t make a lot of the same mistakes the people in the Bible made. You’d think we would learn from their mistakes, but we don’t. We tend to repeat them.

This morning I was reading Paul’s letter to the Romans and came across a perfect example. Romans 1:25a says,

They exchanged the truth of God for a lie.”

We’re all guilty of this, some of us more so than others. God’s Word is clear about what He thinks of us and how He sees us, yet, we believe what the enemy says about who we are more times than not. How? We allow what we do or what is done to us to define us instead of the One who created us.

The enemy knows if he can’t kill us, he can derail us from being all God created us to be if he can simply get us to embrace his explanation of who we are instead of God’s truth [John 10:10]. One of the most dangerous things for the enemy is for a believer to actually understand and embrace their God given identity. If we ever figure out who we really are, the gates of hell will tremble, because we’ll be unstoppable.  We need to stop accepting Satan’s lies about who we are and embrace God’s truth. We are fearfully and wonderfully made [Psalm 139:14].  We are chosen [Ephesians 1:11]. We are more than conquerors [Romans 8:37]. That’s just a start. We are so much more. Don’t believe me, dive into the Word yourself. In fact, why not share what you find here.

So who are you? Isn’t it about time you found out?