Is He Your Prince? 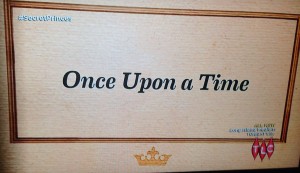 Have you ever watched the reality show, Secret Princes? It’s a show on TLC about four men who are royalty in other countries but travel to the United States to live for months under aliases to meet a woman. They share how hard it is to connect with women  in their own country because of their title. They say they fear women seek them for their money, their title and what they can provide for them instead of for them as people. They live under an alias until they are ready to reveal who they truly are.

I saw a commercial for the show last week and couldn’t help but think of how Jesus left His royal thrown to come to earth for love as well [John 3:16]. He didn’t come to earth in a palace or with an army of servants. He was delivered in a stable and placed in a feeding trough because that was all that was available and the only people there were His parents and some lowly shepherds [Luke 2:6-11]. He grew up under the alias of a carpenter’s son [Matthew 1:20-25].

When Jesus healed people or did other things that gave people a glimpse of Who He really was, He told them not to tell because His time hadn’t come [Matthew 8:4, Matthew 17:9, Mark 1:44, as well as others]. When the time came for Jesus to reveal Himself, He did so in a way that left no debate for Who He was. Luke 4:16-21 said,

And He came to Nazareth, where He had been brought up; and as was His custom, He entered the synagogue on the Sabbath, and stood up to read. And the book of the prophet Isaiah was handed to Him. And He opened the book, and found the place where it was written, ‘The Spirit of the Lord is upon Me, Because He anointed Me to preach the gospel to the poor. He has sent Me to proclaim release to the captives, And recovery of sight to the blind, To set free those who are downtrodden, To proclaim the favorable year of the Lord’ And He closed the book, and gave it back to the attendant, and sat down; and the eyes of all in the synagogue were fixed upon Him. And He began to say to them, ‘Today this Scripture has been fulfilled in your hearing.'”

We spend most of our lives looking for Prince Charming, but we need to realize Jesus wasn’t reading a fairytale when He read from the scroll of Isaiah. He announced who He was for all to hear and see. He declared Himself as the Messiah, the “Prince of Peace” – the Living God [Isaiah 9:6].

He, too, wants to be loved for Himself instead of what He can do for you or give you. He wants a relationship with you. Will you allow Him to be your Prince Charming? He’s already got a white horse and desires to rescue you so He can be with you forever [Revelation 19:11]. The choice is yours.