Who is your favorite Superhero? 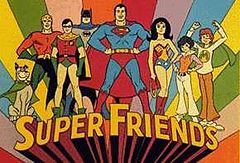 Who is your favorite Superhero?  Is it Superman, Batman, or maybe Wonder Woman? Growing up with two brothers, I saw my fair share of Superhero cartoons and movies.

My favorite was Superfriends, because all of the Superheroes worked together to fight evil as a united force. No one Superhero sought glory for themselves. They all worked together as one force to fight the evil in their community for the good of all.

Yesterday, I got to meet with a new group of Superheros.  They truly are the modern day Superfriends. While everyone wasn’t able to attend, I had lunch with people from Out of Darkness, BeLoved ATL, the Salvation Army’s Haven ATL, Hearts of Hope, and True North Freedom Project. This group is striving for the unification of organizations who are on the front lines, fighting commercial sexual exploitation in Metro Atlanta.

May the God who gives endurance and encouragement give you a spirit of unity among yourselves as you follow Christ Jesus,”

Just to give you a small glimpse of who these heroes are and what they do:

It is such a blessing to hear the hearts and passion of these abolitionist; but the greater blessing is to hear their admiration and respect for one another. They recognize we’re all fighting the same evil and we’ll make a greater impact if we do it united as one force. In his first inaugural address, President Ronald Reagan said,

There is no limit to what a man can do or where he can go if he doesn’t mind who gets the credit.”

As long as everyone keeps the appropriate enemy in their sight, there will be advancement. However, if the real enemy can create competition for resources and divisiveness among the organizations, they will spend their time fighting one another instead of the real enemy.

Is there an area of your life where the enemy is winning? Has he pit you against another you should be working alongside of instead? It isn’t too late to turn the tables on him.