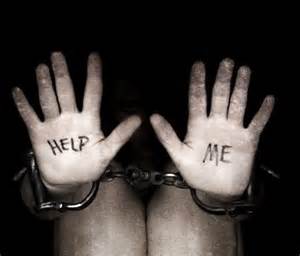 Many of us would like to think human trafficking is a third world issue or at the very least, that it’s an inner city issue. We don’t like to acknowledge that it is as close as our own backyard, because by doing so, we may have to do something about it.

It’s scary.  After all, what can I do? What can you do? The statistics are staggering.

Polaris Project states that human trafficking is $32 billion a year industry worldwide. Domestic Child Sex Trafficking alone is a $12 billion global industry according to Wellspring Living. This evil is not a respecter of persons. It impacts white, black, Hispanic, and Asian. It crosses every demographic, rich, poor, city, rural area, and the list goes on and on. No one is beyond it’s reach. The National Center for Missing and Exploited Children estimates there are 100,00 children trafficked in the trade in the United States alone and at any given point in time 300,000 children are at risk of being trafficked.

It’s hard to grasp numbers that large, but it’s not numbers we’re talking about… it’s lives.

Even in difficult economic times, this industry thrives. Survivors have shared with me whenever there is a major sporting event, major convention or vacation destination close by, their quotas double. As the perpetrator in the movie, Taken, said,

Please understand it was all business. It wasn’t personal.”

It’s all about money and power to them. We, as Christians, as citizens of this country, and at the very least as human beings, need to rise up as Liam Neeson‘s character did and fight back declaring,

It was all personal to me.”

Now, before I get countless emails stating that I’m endorsing vigilante attacks on perpetrators, I’m not suggesting or condoning gunning them down in elevators.  What I am suggesting is we join the fight and raise our voices. We can do so if we:

I tell you the truth, whatever you did for one of the least of these brothers of mine, you did for Me.”

Each one of you has to decide what part of the fight you’ll join in on and how you’ll do it. That’s between you and God. I’m simply asking you to do something. If everyone would do something, then we would make a huge dent in this evil.

It would be easy to sit back and assume others will do something, to cheer them on from the comforts of our lives, but is that what God calls us to do? Does He call us to sit by and watch? This life isn’t a spectator sport. The Lord lobbied for you to join His team, because He wants you to be part of something bigger. Sitting back and doing nothing would be easier, but it isn’t what Jesus would do.

May we all be as bold as C. T. Studd when he said,

Some want to live within the sound of church or chapel bell; I want to run a rescue shop within a yard of hell.”